Proven's head of marketing, Leandra Meintjes writes about the evolution of marketing and how the billboard continues to reign 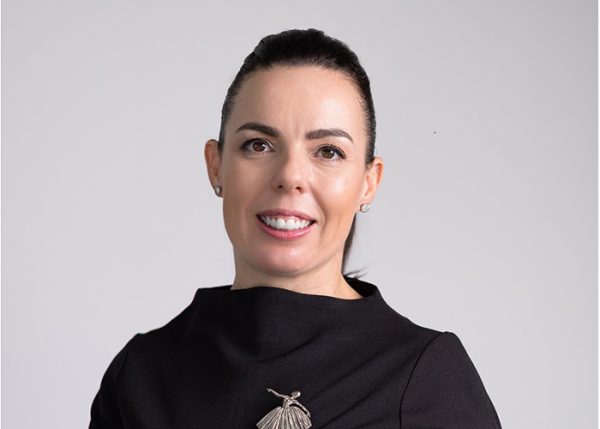 Who can remember when we moved from floppy disks to CDs to USBs and now cloud storage?

Or, for that matter, from vinyl to Apple music/Spotify or Deezer. Yes, I am so old that my knowledge transcends the famous floppy (not even the hard disk) era of dial-up networks and the infamous billboard. I began to write this article with the novice idea of convincing you that large-scale print advertising has outlived its days. Read on to find out if I have reconsidered my perspective.

Marketing has taken the same route as our floppy and evolved into a streamlined form. Instead of bulky, we went from print to digital in a very short period, which is hard to adapt for some. Or is it? Before we get carried away talking about how advanced and easy it is to get your brand visible online, let’s reminisce about how the billboard has evolved.

Print advertising suffered the most significant transformation in its long history during the twentieth century. The radio, television, and internet innovations posed a new challenge to print advertising’s dominance. During the advertising golden age (1960s- 1980s), a creative revolution began that included psychology and targeted research into ad development—resulting in bigger and better ideas, seeing bold and abstract themes used to boost products and services.

Fast forward to the era of Augmented Reality (AR), when advertisers and consumers alike should brace themselves for a new period of print ads. The billboard as we know it awaits a digital revolution of its own.

Studies have shown that more than 70 per cent of customers are more likely to remember your brand or product when it is in print than their digital counterparts. Why is the recall rate so much higher for outdoor vs. online? It is a no-brainer. Billboards catch viewers’ attention when they are most vulnerable, with almost no other advertising or information in their view. While strolling online, you are bombarded with ads, paid content, and other distractions. It is no surprise that big brands spend big budgets on their outdoor campaigns.

According to a September 2021 survey among marketers worldwide, 76 per cent of global respondents said they plan to increase their spending on digital out-of-home (DOOH) advertising in 2022, while 22 per cent intended their spending to remain constant. – – Statista’s report, 2022

Brands have used large-scale print media to make a statement for as long as I remember, taking up aerial parking space and filling our views from driving on highways to walkway wanders around the globe. Did you know that the first-ever billboard made its appearance in Paris almost 200 years ago? Today, France still tops the charts with the highest spent on billboards at two and half-billion dollars in 2020 for one of its outdoor media conglomerates. Impressive as it was accomplished during the pandemic. Even in a digitally owned world, our billboard stands strong as per recent statistics.

Are you starting to comprehend why I jumped ship? But wait, there is more. Have you heard of edible billboards? These mass ads are produced to tickle your senses. They are purely designed with one aim – to make you taste or smell them! A top chocolate brand took to the skies with mouth-watering, realistic chocolate images, even with bite marks, to have you pull over at the nearest Zoom market for your sweet craving. It is said that 30 per cent of consumers report visiting a brand’s website after viewing their billboards. Numbers don’t lie and wait; we have more!

Surely you can remember the enormous swimming pool billboard campaign launched by Adidas. Their survey concluded that only 12 per cent of Middle Eastern women are comfortable wearing a swimsuit in public due to body shaming and lack of privacy. This got them thinking and designing their burkini collection, successfully launched with their “liquid billboard” on a famous beach in Dubai.

This got me thinking. At first, I was inclined that billboards have lost their spark when they clearly have not! Look at the quirky iPhone boards you see on SZR; “shot with an iPhone.” Or are you hungry now, KFC Zinger on the way to your favourite mall? Even for a non-believer like me, I seem to recall each one, even the spunky poodle on the iPhone board.

When was the last time you didn’t click “skip ad” while watching YouTube? Now be honest. However, while commuting back and forth from work, you cannot help but reach for that KFC bucket or ponder over the new iPhone camera.

For some reason, Don McLean’s American Pie comes to mind. I really hope that the billboard levee has not run dry as I look forward to driving past these great giants offering a little taste of brands to come.