The heaviness of mirrors

With limited funding, no access to cinemas that will take risks, no real producers with clout, and few trained actors, where does Arab cinema go from here, asks Hind Shoufani

When I was asked to write an opinion piece on the state of Middle East cinema as I live it, I had just received (yet another) rejection email from Dubai International Film Festival (DIFF).

They weren’t going to screen my feature length documentary on my revolutionary Palestinian father, the failures of the Arab regimes and the PLO, and 70 years of humiliation, occupation and sectarian warfare.

I had called DIFF to query the status of the film, since it was three weeks to the festival and the only insider news I had at that point was that my film was considered “brave”. Brave I thought. Excellent. Maybe they will take on this adjective and roll with it. Brave. Usually a good thing.

Alas, turns out my rejection email was stuck in some bounced back limbo in cyberspace, and even the thanks but no thanks didn’t reach me in proper professional courtesy time. No sweat. I moved on. Rejection is the first thing one should teach any aspiring artist, talented or not. Thick thick skin that doesn’t sweat. I know the opinions in my film don’t work with the status quo, yet I had hope.

I rubbed my hands together and thought, excellent, now I can write a piece that will blast this region’s film industry to bits, in ways other than what is currently actually physically being blasted to bits. I write this from Lebanon, so excuse my outlook.

Making films is so damn hard. I write this after spending 12 hours trying to render a beast of a timeline, with multiple layers on it. This is one day amongst hundreds, after years of compiling the film in five countries. Being in the final round of technical exports is still hellish. Work is done, redone, redone again, shifts, changes, is lost on some hard drive, the hands ache and the back breaks. The sheer amount of human, financial and technological resources required to make a film are so cataclysmic sometimes. No film shoot has ever been born without major fights, a breakdown, a budget calamity and at least one physical injury. It’s a hard job. You wake up before dawn. Things shatter and get lost. People yell. The frailty of the final product at the end of the day is terrifying. You spent thousands and employed dozens and in the end, technology could ruin you. You plan and plan, and then the sun or the moon or the wind or the neighbours can destroy your day. By the end of a shoot, you cannot feel your feet.

Filmmakers are happy to go through this if allowed. They would embrace the sleeplessness and the anxiety, the physical fatigue and the budgetary heart attacks. They just want to make their films, regardless of the drama.

Most of our Arab cinema frustration stems from the fact that despite a lot of talent and drive and innumerable amazing tales to tell, we don’t have any guarantee that our art will see fruition. There are no systems in place. The governments are too busy bombing each other. Funding bodies are on a tight leash, and the demand is heavy. They have to satisfy donors, and that influences politics of who gets how much for what film. Personal connections and vendettas act as gatekeepers. Hundreds if not thousands of filmmakers in the Middle East are vying for a handful of funds.

Most of the funding bodies encourage you to make films, but please no sex, no politics (or at least none that we don’t agree with), no bashing religion, no homosexuality, drug use, or any material that can offend the public morals and values of the… who exactly? Since when did 300 million Arabs all have the same conservative values and need sheltering from the big bad honest film?

That’s actually exactly what the public needs. Bigger avenues of imagination, critical thinking, stigmas shaken and loosened, and an enjoyment of what art could do for the spirit. A look at what the other is experiencing, a chance to perhaps identify with your innermost fears, and often, they perhaps also need a slap in the face.

Should a producer actually manage to get enough money from co-productions, investors, your father-in-law, whatever, and should you actually make the film you desire to make (and if you’re me, and your stories include sex, religion, politics and rock’n’roll), then you will probably find, at the end of your journey through production and post-production swamps, that no one will screen your film. No one will screen mine, not publicly, this I know, and still I want to hold on to the content in it that incenses them so, those censors of my life.

Talk about incentives to keep trying.

Institutions in the region are not able to really support filmmakers, as art is considered a luxury during times of war and economic instability. We are hardly able to manage some humanitarian aid for many of our homelands, few people can spend time, money and tears on filmmaking, investors included.

I am often asked by friends in Dubai: why are most of the films so utterly bad? Why is the acting terrible? I don’t know the answers. I can tell you, as a person who taught filmmaking in Beirut for three years in two different universities, that perhaps one of our biggest issues is the lack of training. We have no courses set up for dealing with actors. We don’t train directors, we don’t nurture screenwriters properly and we don’t teach proper acting for cinema. Most of the very successful actors (and there are many inspiring, talented, hard-working actors in the region, indeed) have come from a theatre background, especially in Beirut. Theatre is not film, is not television.

No funding, no access to cinemas that will take risks, no audience willing to watch something that goes against their principles, no real producers with clout, and no trained actors. We are left with a handful of tenacious and brilliant artists who are literally moving mountains, and losing all their hair, to make films. And some make some damn fine ones. I want more.

People around always also ask: why are the big funds in Abu Dhabi and other similar cities investing in Hollywood films? Do I dare think up answers in a public forum?

I went to DIFF in spite of my childishness and enjoyed several Arab films there. My wanting to blast anything disappeared. I saw five films in a week, which based on the hyperventilating updates from friends on a marathon, is nothing. People watched five a day. Lucky them.

I saw May in the Summer by Cherin Dabis, and was reminded of why she’s super smart and funny and plays it so safe. Why she will continue to be funded abroad and in the Gulf, and why she’s so popular. I hope her next film rattles our ribcages a little more. I saw Saria Francis’s first film, Birds of September, and was reminded of why there is always hope, of why I cannot help but love battered Beirut and her people, and how poetry is resistance, is existence. I saw the triumphant opening night of Stable Unstable by the ridiculously talented Mahmoud Hojeij, and wept, and laughed hysterically, and wished I had written the script. Brilliant, dark and witty work. Go see it. I saw Ladder to Damascus by Mohamed Malas and was reminded of what bravery it is to make films under siege, despite not really being moved by the film. I saw Palestine Stereo by Rashid Masharawi, and my veins pulsated at seeing Palestine, but the script left me disappointed in its un-cinematic dialogue, though the film is peppered with moments of comedic genius that should have been enough. There was no need for spoon-feeding us sentences of political stances.

Fine, maybe that’s what it takes to make films these days, to secure funding. Smart stories with subtext, layers underneath the plot that say what they want to say without ruffling feathers too aggressively. Play it smart I have been told, a hundred times. Use innuendo, be subtle, infiltrate the masses with your work, and then push a message through. Maybe.

But what about those of us who like blasting our way through the bull? What do we do when we don’t wish to be meek about our defiance? When we want to have characters, real full-fleshed people in our films who behave the way our friends, enemies and lovers do?

I for one seldom see a character in an Arab film that speaks to my lifestyle between Dubai, Amman, Beirut and, previously, Damascus. Which is sad, because they have so much to say, the people I encounter every day.

There will be so many tales to tell, when the dust settles a little on these revolutions and counter-revolutions happening. My only hope is that we will be somehow allowed, if not outright encouraged, to tell brave stories, and create characters that move us forward intellectually, not drown us in entertained or stupefied stupor. Part of winning the wars on our oppressed nations is offering mental fodder for action against injustice, and much of that could come from good, powerful, honest films.

I hope to see more universities and institutes dedicating their time to teach the art and craft and business of filmmaking. That they further the talents we have in this region by making this industry a sustainable one that could give livelihood to its artisans. That the cinemas open their doors to young directors just starting their journey. That audience members choose to see sombre difficult local films over over-hyped blockbusters from abroad.

Despite the challenges, many excellent artists are trying, with bare raw knuckles, to pull together their projects, to realise dreams in codecs and PNG files.

I am looking forward to seeing the projects of people like Ahmed Ghosein, Rouba Atyeh, Niam Itani, Rakan Mayasi, Reine Mitri, Suha Araj, Ahd Kamel, Anne Marie Jacir and others. I know that regardless of the tremendous amount of pressure on them, they have in their imagination a distinct vision of what they would like their lives to be, and they have been able to translate that progressive thinking into vital stories, both fiction and documentary. I think they will find subtly necessary imaginative ways around the limitations, in more graceful ways than I ever could.

My last words would be, please go watch Arab films, whenever you can. Give small donations to any crowd funding efforts you encounter for strong stories you find appealing. Get up after the screening and shake the hand of the cast and crew and tell them what you liked. The support that gives directors and producers and actors and other artists in the audience is so very much needed, and can be a token panacea in times of uncertain growth – despite strife, despite censorship, despite oppression.

Hind Shoufani is a Palestinian filmmaker and writer. She tweets sometimes at @hindoisms 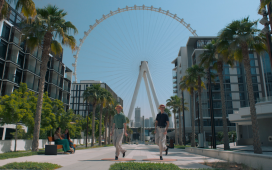 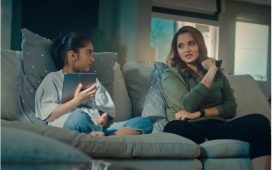 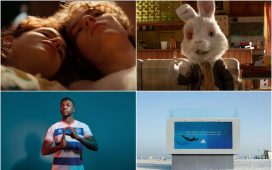 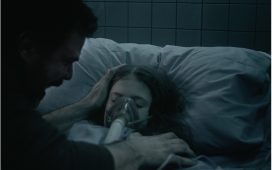 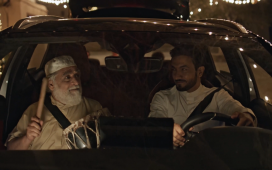 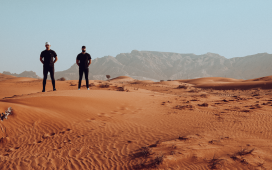 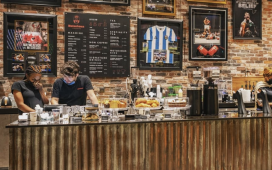 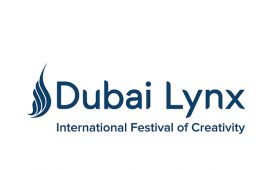 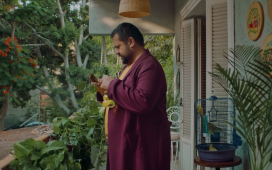