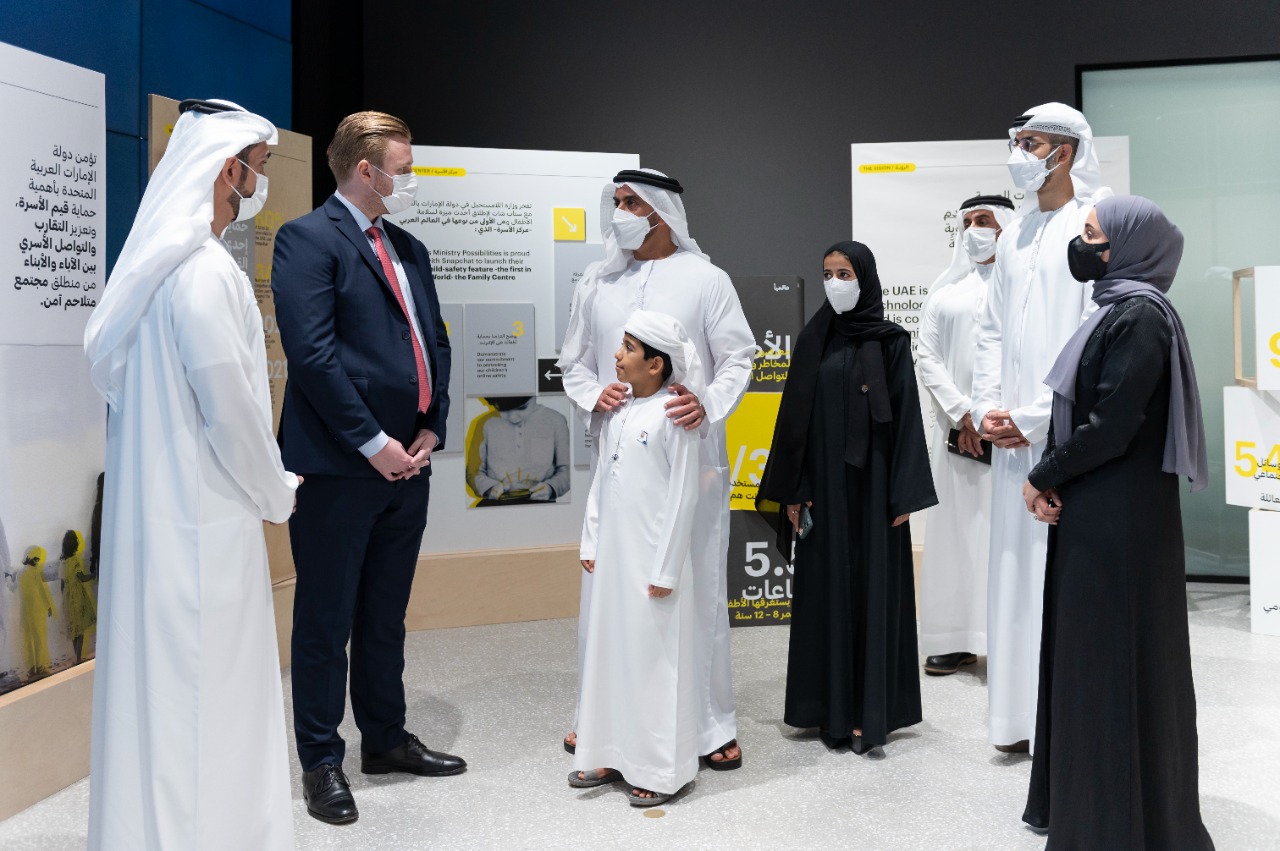 Snapchat has launched family center, a new parental control feature, within Snapchat. The new feature is a cooperation between the Ministry of Possibilities in the UAE and Snap Inc. It is aiming to support the UAE’s efforts in its endeavors to enhance the digital wellbeing, ensure that the Internet is safe and secure, and provide a safe environment especially for children, by utilising the modern technologies.

The new feature was announced in a ceremony attended by Lieutenant General Sheikh Saif bin Zayed Al Nahyan, Deputy Prime Minister and Minister of Interior, HE Ohood Bint Khalfan Al Roumi, Minister of State for Government Development and the Future, HE Omar Sultan AlOlama, Minister of State for Artificial Intelligence, Digital Economy and Remote Work Applications at Government of the United Arab Emirates, His Excellency Abdulla Nasser Lootah Director General of the Prime Minister’s Office at the Ministry of Cabinet Affairs, HE. Huda AlHashimi, Deputy Minister of Cabinet Affairs for Strategic Affairs, His Excellency Saeed Mohammad Al Eter the Chair of the UAE Government Media Office and representatives from Snapchat.

Sheikh Saif and the attendees witnessed the signing up of the first Emirati family who will make use of the new feature.

This additional feature allows parents and guardians to have control over their children’s activities on the Internet, so they can view the list of their children’s friends on the app, and the people they communicate with, but without viewing the content of the conversations, in order to protect privacy, This feature enables the parents to maintain their children’s privacy and independence.

This feature also allows parents to easily and confidentially report any abusive or suspicious accounts directly by communicating with Snap’s Trust and Safety Team, a dedicated unit that works around the clock to protect Snapchat users. Snap has also launched new tools to encourage open and constructive conversations online.

Snap has already reached out to families to identify the needs of parents and their children to sound out their views on parenting standards and privacy, which vary from person to person. The company also consulted with online safety and security experts to take their opinions into account in order to help develop the new Family Center feature. By developing the new feature, Snap aimed to roll out a set of tools specifically designed to reflect human behavior on the ground and enhance trust and cooperation between parents and their children.

Commenting on the launch of the new feature, the Ministry of Possibilities confirmed that cooperation with Snap in launching the  feature is a step that reflects the commitment of the UAE government to provide its citizens and residents with all the appropriate tools that guarantee their safety, protect their privacy on the Internet, and enhance their confidence. In the use of the digital platforms, this feature would consolidate the ministry’s dedication to enhancing the level of protection while using technical networks and social media platforms.

The Ministry stated that this cooperation with a well-known and world-famous platform such as Snapchat will help enhance efforts to educate all citizens and residents in the country and enable them to protect their children and loved ones.

Georg Wolfart, head of public policy at Snap Inc, stated “Snapchat’s continued growth is because our community values the privacy and safety tools we built into the platform. With the launch of Family center, we are strengthening this commitment, adding new levels of safety and new communication avenues for families to discuss online threats. We are confident that Family Center will become the new benchmark for online safety.”

Family center adds another layer of protection to existing safeguards explicitly designed with children in mind. For example, on Snapchat, by default, children must be mutual friends before they can start communicating with each other. Secondly, friend lists are private, and children cannot have public profiles. Other protections make it harder for strangers to find children. For example, children and youth only show up as a “suggested friend” or in search results in limited instances, like if they have mutual friends in common.

Friends lists on the app are private, and children cannot have open public accounts. Other protection tools put in place make it difficult for strangers to find children, as they appear on the platform as “suggested friends” or in search results in a limited number of cases, including if there are common friends among them.

Snap plans additional safety features for Family center in the coming months, including new content controls for parents and the ability for their children to notify  parents when they report an account or a piece of content to Snap’s Trust and Safety team. A new feature allowing parents to view new friends their children have added will also launch soon.