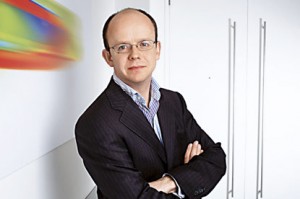 For the past four years, SMG had been using a cluster model that grouped countries by ‘market dynamics’.

For the past four years, SMG has been using a cluster model that grouped countries by ‘market dynamics’. The group claims that the previous model helped accelerate growth, but the new structure reflects shifts in how its clients are operating.

As part of the restructure, Iain Jacob, currently president of dynamic markets, will take on the newly created post of president, EMEA. In 2010, Jacob transitioned from his position of chief executive for EMEA, to the role of president global innovation, when the network chose to no longer be organised by location but according to characteristics such as their stage of development and size (link below).

“Our industry landscape around the world is shifting so seismically—and with such velocity—that to be a true agency of tomorrow, we must strategically integrate best talents and solutions wherever they exist,” said Laura Desmond, SMG’s global CEO, in a press statement. “As our clients’ businesses are changing, we’re pivoting our organisational structure with them to accelerate the next wave of growth in addressable media and data-driven content all over the world.”

As president, dynamic markets, Jacob is credited with playing a key role in the transformation of SMG in markets including Europe, Australia, Canada and Africa into a ‘media network of the future’. In 2014, the agency generated 52 per cent of its revenue from digital, data and content services, up from 46 per cent in 2013, said the agency statement. It added that he contributed to SMG’s acquisition drive which includes Lighthouse Digital, a performance marketing agency based in South Africa. SMG Australia had also shown growth of 26 per cent over the past two years under Jacob’s oversight, according to SMG.

“SMG is operating to create value for brands by organising data around people and activating that data with precision,” said Jacob. “We believe this strategy works across geopolitical and cultural boundaries, unifying a region as diverse as Europe, the Middle East and Africa. I’m excited at the opportunity to work with all of these markets, as we are seeing clients more and more are now doing business across the entire region.”

Jacob is based in the UK and reports to Desmond.

In another related change, SMG has hired industry veteran Mike Amour to head Asia-Pacific as president. Based in Singapore, he will report to John Sheehy, SMG’s president of global operations.

(Adapted from an article first published on Campaign Asia by Emily Tan. With inputs from Campaign UK)