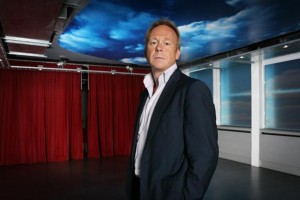 In the first change since Senior’s promotion last September, the agency is introducing a new structure, described by the company as “designed to meet global client needs and encourage stronger peer relationships between offices”.

It has ditched the roles of EMEA and Apac chief executive, which were held respectively by Senior and chief operating officer Chris Foster.

Agency heads in individual markets will now report either to Foster or Billingsley, who used to be EMEA chief operating officer but has been promoted to chief executive of dynamic markets.

The UK, US, Germany, Italy, China and Australia are among the markets that will report to Foster.

Heads of agencies in markets seen as “emerging growth opportunities” will report to Billingsley. He will also focus on mergers and acquisitions for the network.

Senior said: “I am delighted to announce a new, focused operating structure for the business and a well deserved promotion for Justin.

“I have known Justin for many years both as a client and a colleague, and his clarity of thought, decision-making and client-side experience make him the ideal choice to lead further growth across our new dynamic markets region.”

Billingsley joined the network in 2009 as chief executive and chairman of Saatchi & Saatchi Greater China, before moving to his EMEA role in 2013.

He said: “Robert has a very clear and exciting vision of how we are evolving Saatchi & Saatchi and I am honoured to partner him on making this a reality.

“The brands we serve live in a flat, borderless world and our agency must too.

“To cluster markets based on what they mean to our clients, versus where they are, is smart and I am energised to be leading our dynamic markets, from which the majority of the next half a billion middle class consumers will come.”

(Text: Gurjit Degun. This article was first published on CampaignLive.co.uk.)