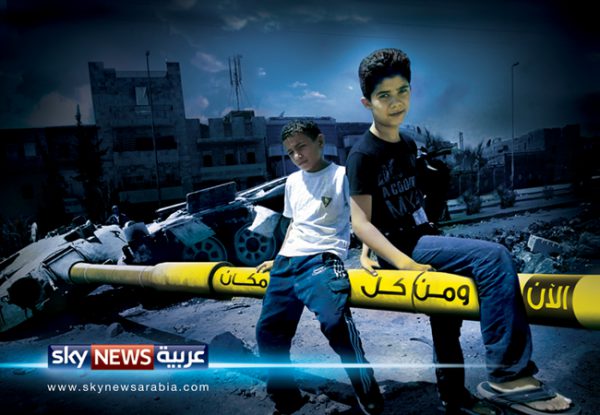 Sky News Arabia is rolling out its first ever brand advertising campaign following the channel’s launch in May.

The move follows the 24-hour news channel’s appointment of both creative and media agencies, with Momentum picking up creative duties and UM taking on media and digital channel execution.

The Arabic language channel had called a pitch in June, inviting five multinational agencies to pitch for the business. Both agencies have worked on the inaugural campaign, which is running across multiple platforms, including Sky News Arabia’s broadcast channel, website, and social media offerings as well as smartphone and tablet apps. Currently, only running in the UAE, a broader regional roll-out will follow in the near future.

Speaking about the evolution of the brand campaign, Sky News Arabia’s marketing manager, Yazeed Yasin, said: “As the Arab viewer becomes more sophisticated, the need for fast and unedited access to the latest editorial content becomes paramount and Sky News Arabia’s 24-hour live breaking news model places it in the best position to deliver more facts and less opinions on world events. Our marketing campaign focuses on communicating this USP to the target consumer by placing us at the heart of the story, now and everywhere.”

Yasin added: “Trends in content consumption have changed significantly over the past two years. Whereas news providers were concerned with getting viewers to tune into their broadcast channel in the past, the challenge today becomes how to effectively deliver the latest breaking news to target audiences across all the different channels that they use to consume their content, be it online, social or offline.”

Sky News Arabia is a joint venture between Abu Dhabi Media Investment Corp, a private investment company owned by Sheikh Mansour bin Zayed Al Nahyan, and British Sky Broadcasting (BSkyB). It launched on 6 May and was almost two years in the making. It went live with 400-odd staff, including 16 presenters drawing upon the station’s network of 12 bureaux, as well as its offices in London and Washington, to provide what it promised would be “a new horizon” for news reporting across the Arab world.