Malcolm Gladwell tells Austyn Allison what the album Graceland can tell us about creative relevance. 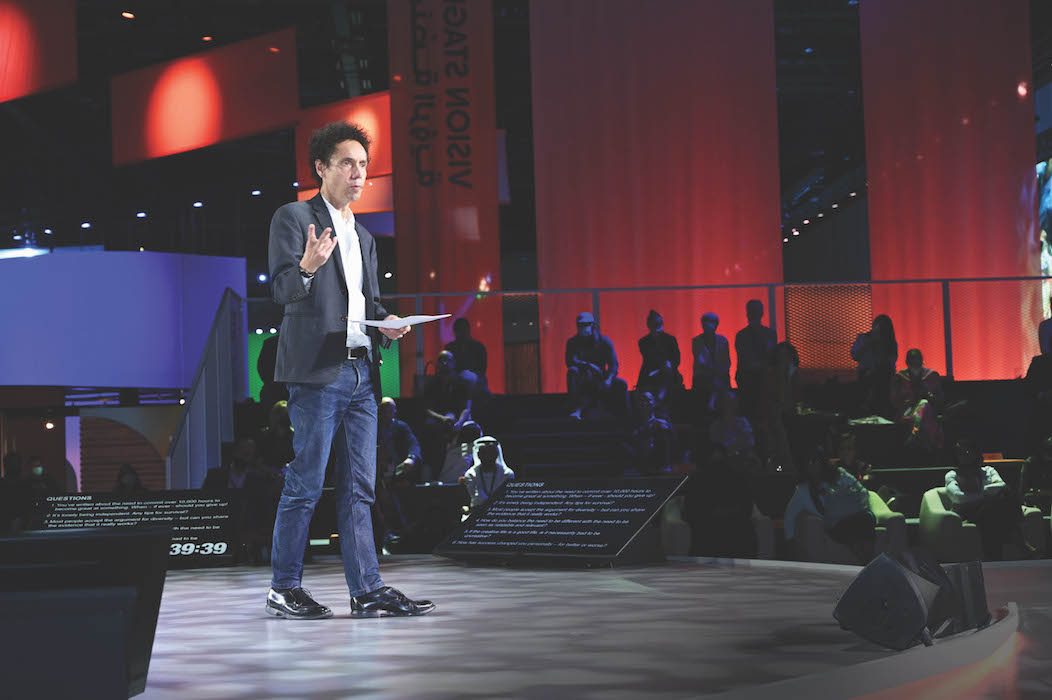 In December, journalist, podcaster, bestselling author and critical thinker Malcolm Gladwell came to Dubai. He was brought in Campaign’s sister company Motivate Talent to speak at the World Conference on Creative Economy at Dubai Expo 2020.

Gladwell is a world-renowned speaker, as well as being a staff writer for The New Yorker since 1996, and is author of New York Times best-selling books including Blink, The Tipping Point and Outliers. He also hosts the Revisionist History podcast.

He has been included in Time magazine’s 100 Most Influential People list and recognised as one of Foreign Policy’s top global thinkers.

Campaign caught up with Gladwell before he went on stage at Expo and asked him about how to stay relevant as a creative. The conversation below has been edited for length and clarity, and if you want to know more head over to Anghami (or wherever you get your podcasts) and search for our podcast series On The Record with Campaign Middle East, where you can hear the whole interview.

Campaign: Ad agencies are quite young places. How can creatives keep their careers going and how can and do they change to remain relevant?

Malcolm Gladwell: It’s funny you should ask that question. I’m giving a talk about that, based on the singer Paul Simon and his 1986 album, Graceland, which is the high-water mark of his career, and which he makes when he’s 44 years old.

It is very unusual in pop music for someone to do their greatest work in middle age. Even the Rolling Stones are basically finished credibly by the time they’re 30. They put out their last great album when Keith Richards and Mick Jagger are 29 years old. And you could argue… their great period of creativity is ‘68 to ‘72. Paul Simon has another 30 years of incredible fertility.

So the talk is all about: How does Paul Simon keep it going, but everyone else stops? One of the things is his willingness to experiment, and to take much greater risks than his peers do. He very deliberately embarks on experiments. Sometimes they work and sometimes they don’t work. But he’s the guy who gets on a plane and goes to apartheid South Africa; none of his peers does. He’s the guy who does a Broadway play about Latin music; none of his peers does. He’s the guy who starts out as a folk musician and ends up delving into world music and so many different dimensions.

There’s a restlessness to him, that, that most musicians don’t have. That restlessness is a high-wire act, but in his case, it’s incredibly rewarding. It means that he’s still going strong, even today. He has an album coming out in March, at the age of 79 years old.

I think that people’s creativity falters as they get older not because of any inherent lapse in their imagination, but just because they lose their restlessness and an appetite for risk.

They get comfortable, and once we’re comfortable we’re very difficult to dislodge.

So how do you dislodge yourself from that comfort zone if you’re a creative?

This idea of the kind of shaking things up in midlife is terrifying to established professionals. But I think if you are someone who’s concerned that your creativity is on the wane, I think it is necessary. We should be much more disciplined about shaking things up, about moving people around, about accepting the fact that if you’re in a creative industry it is important to change your creative surroundings on a regular basis or you will get stale.

We wouldn’t say that of a doctor, right? We want the doctor to do the same thing year on year. It’s not a creative field; it’s a field where there is a constant linear return to experience. The more you’ve done the same thing over and over, the better you are; the more cases you see within your speciality, the more adept you are at diagnosing them and making sense of them.

That’s very different from a creative field where there isn’t a constant linear return to experience. In fact, there’s negative returns after a while if you’re seeing the same thing over and over again. So I just think we have to accept the fact that the rules are different in a creative world.

The rules in the creative world are changing anyway, aren’t they? With technologies like the metaverse and augmented reality becoming more common, how will these new channels change the role of creatives?

Today, the very best, most creative computer programmers make many, many millions of dollars a year, so that’s a category that didn’t exist before.

But the underlying nature of what drives the creativity of someone in that role is no different from what drove the creativity of a 19th-century mathematician. We sometimes think that because the external dimensions of the creative universe are in constant flux, the nature of creativity has changed. I don’t think so.