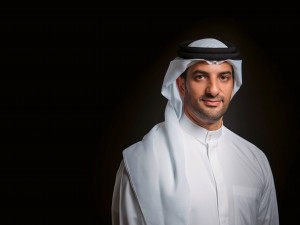 On March 22-23, Sharjah will host the International Government Communication Forum. Speakers will include Horst Köhler, former president of Germany and managing director of the IMF, and Al Gore, the former vice-president of the US.

He continued: “Implementation will require dramatic changes within a relatively short timeframe and a great deal of financial resources and infrastructure. This is where government communication comes in. To deliver change to all stakeholders, it is crucial that governments communicate clearly and constantly with their people, who are the ultimate stakeholders and target for this global agenda for growth.”

He said that to achieve the SDGs, governments must partner with private entities, NGOs and other organisations. “Subsequently, they must communicate the successful results of these collaborations to the public through carefully planned campaigns.” This will serve to encourage “a domino effect” of further public involvement.

Social media presents governments with an opportunity and a challenge, he says, and no government can afford to ignore it as a tool to connect with its people or any other audience within seconds.

But he cautions: “At the same time, if governments do not allow healthy debate and free exchange of views among their citizens and do not engage them through feedback, dialogue and in other ways, there is a danger that some of these channels may be misued and abused by some.”

Of US President Donald Trump’s use of social media, Sheikh Sultan says: “You may not always agree with some of his views, but that is beside the point. What is remarkable is how he has successfully used social media both for his electoral success and now as the leader of the world’s most powerful nation.”