Ikea UAE picked up Silver and Bronze Lions at Cannes, but with an agency from outside the region. The furniture store’s marketing manager and Publicis Spain’s CCO tell Austyn Allison that good ideas can come from anywhere 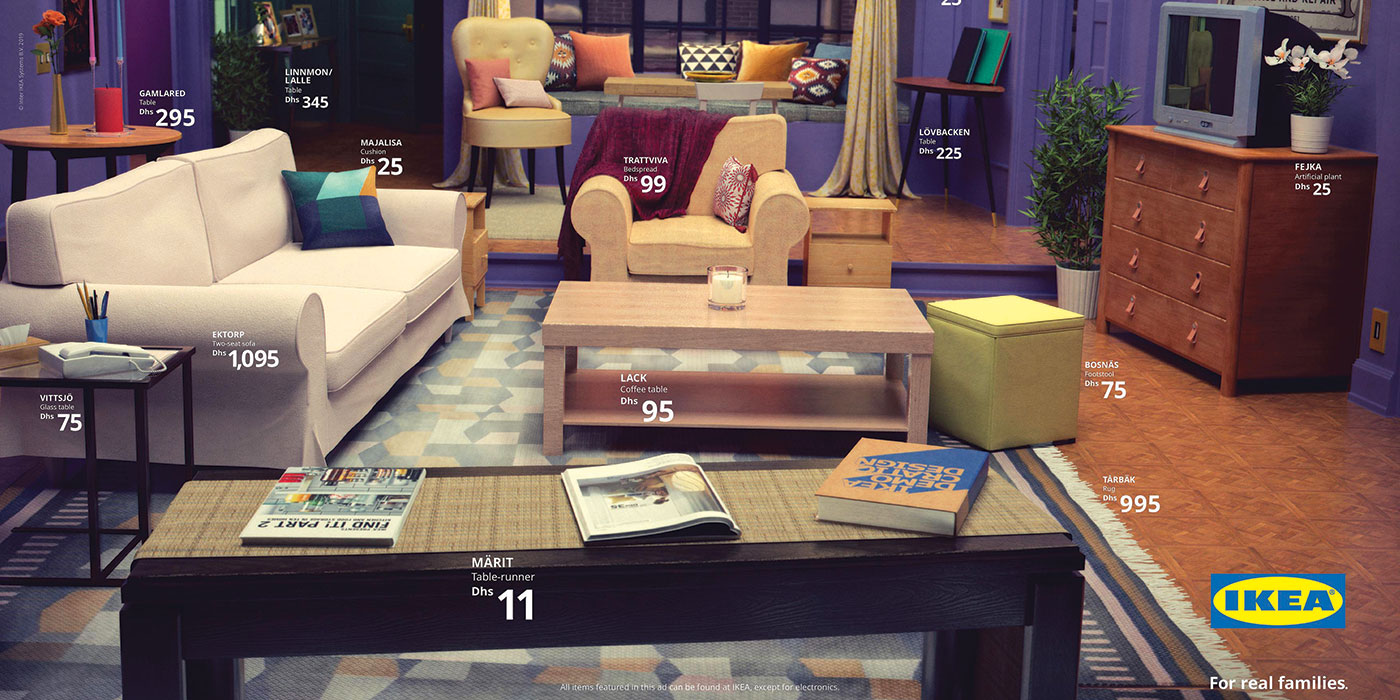 Not all regional work at Cannes is always strictly regional.

For example, production house Good People was credited for a Social and Influencer Gold Lion this year with the film “Be a Follower” for Diesel, which it produced for Publicis Italy. Local talent helped win Gold there, but the Lion will be going home to Milan not Beirut.

Another pair of prizes that you won’t see on the lists of regional winners are the Lions won by Ikea UAE for its ‘Real Life’ series. The campaign won a Silver in the Industry Craft category and a Bronze in Outdoor. It was carried out by Publicis Spain In Madrid.

That’s not as random as it might sound. At the end of last year, Juliana Paracencio moved from her role as regional creative director at Ogilvy, Ikea UAE’s agency of record, to Publicis Spain. She kept up the relationship with her former client.

“I have to say we work very well together,” says Carla Klumpenaar, general manager of marketing, communications and interior design at Ikea UAE. “There is a lot of passion we share – not only for the Ikea brand but also to create good things.”

The Real Life print and outdoor ads use Ikea furniture to recreate famous living rooms from TV shows – Friends, The Simpsons and Stranger Things. However, both client and agency go to lengths not to actually name the shows.

“They are iconic living rooms but we want people to connect the dots,” says Eduardo Marques, chief creative officer of Publicis Spain. A Brazilian like Paracencio, he too has worked in the Gulf, spending a year as creative director at JWT Bahrain in 2007-08.

He continues: “We are not mentioning anything; we are creating a beautiful living room with Ikea furniture. And the people take a look and they connect the dots.”

The official titles are “Room for Families” (which looks like The Simpsons’ living room), “Room for Mates” (Friends) and “Room for Everyone” (Stranger Things).

Media around the world has joined the dots too.

“We were really surprised about how famous the campaign got and how liked the campaign is,” says Marques. “Everyone has come to compliment us.”

He says: “At the end of the day we are paying an homage and we are promoting not just Ikea. We are doing a job where everybody’s happy.”

This isn’t the first time Ikea UAE has used an outside agency. Its Ramadan campaigns this year and last year were executed by Dubai-based independent shop Creative Kettle.

So should Ogilvy be worried that its client is assigning work to other agencies?

Not at all, says Klumpenaar. “Our main agency is Ogilvy but we love to see great ideas and sometimes these come from different agencies.”

“We have a very good relationship with the Dubai agency,” she says. “We have done amazing stuff, but we are also looking for new ideas.”

She says: “Of course we need one agency that is staffed constantly. But for the rest it’s good to see what’s happening in the market. Because you can see here [in Cannes] this week that the agency world is moving fast, and for us at Ikea we are changing a lot these days also.”

In different cities the brand is experimenting with new store formats and ways of shopping, and moving away from “the blue box in the potato field”, she says.

As long as Ogilvy keeps on turning out work for Ikea of the standard of its award-winning Feel Alive Again, Bully a Plant and End the Everyday Drama work of recent years, it’s in no danger of losing its brief. It is currently working on campaigns for the opening of Ikea’s second store in Dubai and the launch of the 2020 catalogue.

“Ideas for us are always the gold standard,” she says. “Some other companies say data, but for us it’s ideas. To reach many more people. That is the golden rule in Ikea. It’s not that we always work with one agency, it’s that we always look for the ideas. And sometimes we have a match and we have a feeling this is it, and then we go for it.”

So if you have an on-brand creative idea, it could win you a Lion with Ikea.