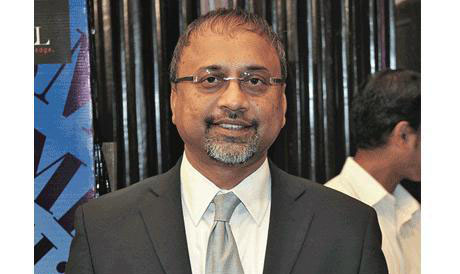 Prior to this he was CEO of Mindshare South Asia.

Mindshare has announced that Ravi Rao, former CEO, Mindshare South Asia, will be taking over as chief client officer, Mindshare MENA. Rao’s new role will be effective 1 May 2015 and he will be based in Dubai.

Rao joined Mindshare South Asia in 2008 and took over as leader for the market in 2012.

He has previously worked in Dubai at JWT, OMD and with the Mindshare MENA team during its inception in 1999. In India, he is also the chairman of the Media Research Users Council (MRUC).

Rao said, “I am excited to take this new role within the Mindshare family. The market has exhibited good growth over the past few years and I look forward to strengthening our position in the MENA region.”

CVL Srinivas, CEO, GroupM South Asia, said, “Ravi helped consolidate Mindshare’s position in the market over the past few years. He has led the transformation efforts of the agency in the recent past. This has helped Mindshare create cutting edge products for its clients, grow its digital business and retain its leadership position. He has made a significant contribution to our network and the industry at large. We are confident that Ravi will continue to play a stellar role in building the Mindshare network and we wish him well in his new role.”

Samir Ayoub, CEO, Mindshare MENA, added, “We are thrilled to welcome Ravi back to the MENA purple family. Ravi is well respected with a good reputation in our region. With his vast experience, we are confident that Ravi will play a vital role to have more successful stories for Mindshare MENA.”

(This article was first published on Campaign India.)