For 300 issues Campaign Middle East has recorded, celebrated and travelled alongside the industry in its most testing times, writes Motivate Media Group’s founder and managing partner Ian Fairservice. 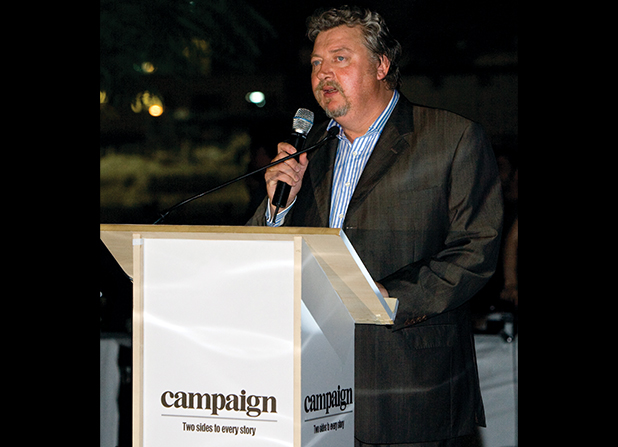 It’s now almost 14 years since we launched Campaign Middle East in October 2008. And those 14 years, charted by 300 issues of the magazine, have been the most turbulent I have known in my almost 45 years in regional media.

We couldn’t have launched at a more interesting time. On 24 September, Atlantis The Palm had opened with the biggest fireworks display the world had ever seen, but that was the peak of a wave of an economic boom that had already begun to crash. On 15 September, Lehman Brothers had collapsed, and the world was starting to realise that the party was coming to an end.

2008 was still a record year for the GCC advertising industry, but by January 2009 the dollar value of our cancellations at Motivate outstripped sales.

We had celebrated the launch of Campaign with a party for the region’s agencies, attended by Haymarket’s chairman Lord Hesseltine. But the morning after, the whole industry had to start tightening their belts.

Campaign Middle East was launched at the right time to chart the historic upheaval of the advertising and communications industry. It was a year after my IAA-UAE partners and I had founded the Dubai Lynx, in partnership with Cannes Lions.

The arrival of a world-class awards festival signalled the maturation of the regional market, and it deserved a world-class title to act as its organ of record, a curator and showcase of creative excellence and a firm friend and voice of conscience for the industry. 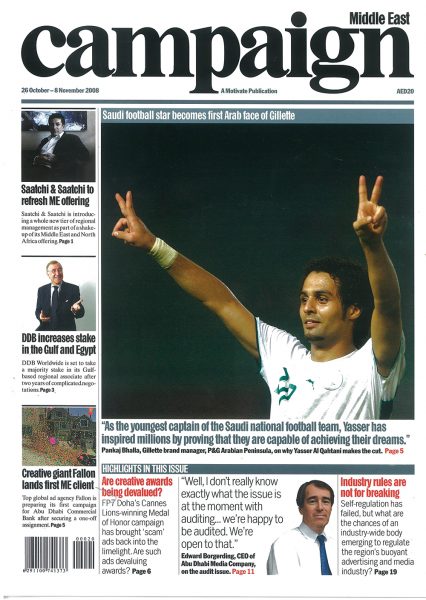 Campaign was the obvious candidate and had been published by Haymarket from the UK for more than 50 years. Campaign was already the world’s leading advertising publication, and it was a fitting honour to launch the Middle East edition.

What came next was unprecedented. Print revenues dropped and digital platforms became the dominant force in media worldwide.

At Motivate we shifted our business model to launch new products, adapt legacy brands and form new partnerships to help us and our clients navigate the changing world. Our content division, Motivate Connect, produces multi-platform content for a wide variety of partners; our partnership with influencer marketing agency Vamp has spearheaded the professionalisation of influencer marketing in the Middle East; and our cinema advertising division, Motivate Val Morgan, has weathered the storm of Covid-19 and is coming back stronger than ever. In a little over 20 years, it has grown from selling advertising on half a dozen screens to more than 1,000.

Campaign Middle East itself has evolved from its magazine origins to have a flourishing website and social channels with tens of thousands of engagements every day. It now hosts events, webinars and podcasts. Its Directory is a constantly updated database of agencies, media outlets and more, and its championing of young talent has given many current industry leaders their first exposure to the companies they are now heading.

And still, we evolve. Motivate and Campaign are proud to both lead and reflect the wider media industry as it shows no signs of decelerating.

Campaign Middle East is there to chronicle this change, as it has been for 300 issues – and will be for many more.