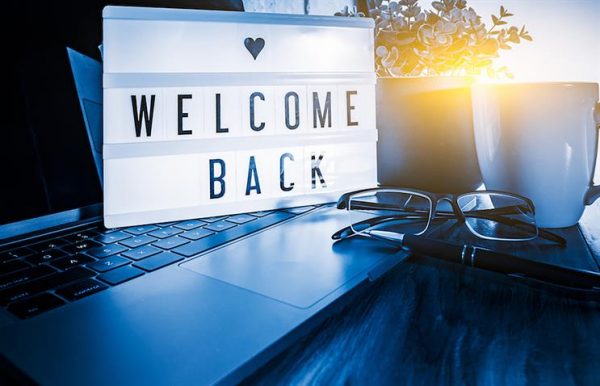 Almost one-third of comms and marketing employees are questioning their current career and considering alternative paths, according to new research that cautions employers against a “one-size” approach to working practices.

Meanwhile, three out of four senior executives and business owners in the industry say they would prioritise employee wellbeing over financial and commercial concerns in planning the future of the workplace.

Should adland staff be paid less for working at home full-time?

For its new Future of the Workplace report, Hanson Search polled 1,191 comms and marketing professionals, of whom 45 per cent were at junior to mid-level, 36 per cent were directors and 11 per cent owners/founders or at the C-suite. Twenty-nine per cent worked agency-side.

When asked about their experience working from home, 30 per cent of employees said they questioned whether their current career was right for them at all and are considering alternative paths. A slightly higher proportion of employers – 33 per cent – thought the same.

Employees were split over whether working from home increased productivity – 50 per cent said it did, although there is a significant gender division, with 60 per cent of women and 39 per cent of men agreeing with the statement.

The gender split can also be seen on the question of mental health – 65 per cent of women and 34 per cent of men said theirs had suffered during lockdown. Fifty-eight per cent (women: 60 per cent; men: 40 per cent) said they missed in-person collaboration and learning.

Meanwhile, nearly one-third felt communication from their senior management had been limited.

Worries over job security contributed to 27 per cent saying they would remain in their current role for as long as possible. Twenty-four per cent would prioritise working in a large, international firm they believed would look after them in turbulent times. Conversely, 27 per cent want to work for a small/medium-sized company where they feel they “are more than just a number”.

In addition, 21 per cent want to find a way of becoming their own boss or going freelance. Separate research from Hanson Search’s sister company, The Work Crowd, found there were 83 per cent more freelancers offering their services in Q2 compared to Q1 this year.

When asked to rate the most important elements of a job package, a competitive salary and bonus structure have fallen down the list of priorities. Instead, 45 per cent ranked team, people and culture as most important, followed by flexible working (39 per cent). “Purpose, vision and values”, “social responsibility”, “contributing to the greater good” and “diversity and inclusion” were also mentioned repeatedly, unprompted, by respondents in the comments section.

Hanson Search said: “This polarisation of opinion when it comes to employee motivation highlights that the ‘one-size approach’ does not fit all. Instead, leaders of all sized companies remain faced with complex decisions as they seek to create a workplace that works for everybody.”

When asked what motivates the decisions of senior executives and business owners, 76 per cent said they would prioritise employee wellbeing over financial and commercial concerns (46 per cent).

The same proportion of employers/senior executives as employees – 66 per cent – wish to split their time between the office and working from home.

Seventy-three per cent of employers have either developed or are in the process of developing a hybrid model to let employees choose where and how they work. Just 11 per cent do not plan to revise their flexible working policies.

The research among employers and senior executives also found:

Seventy-three per cent of employers thought their productivity and quality of work increased working remotely.

Hanson Search founder Alice Weightman said: “Businesses are facing an unprecedented set of challenges and at the centre of their thinking is company culture, community and employee wellbeing. The creation of new working practices that are practical and inclusive, as well as offering an inspiring vision for the future, is no easy task to navigate, yet it is undoubtedly one of the most important issues on the business agenda today.

“With the war on talent heating up and a noticeable shortage of skills across industry sectors, those that get it right will be at an advantage. Businesses that move in step with their employees and create an environment where learning, diversity of thought and approach is celebrated rather than stifled will be on the front foot of attracting the best talent for the future.”

She added that Hanson Search is already seeing a shift in benefits being offered to staff, including home office set-up costs and the ability to work from abroad a few months of the year, to attract and retain talent.

More than 50 per cent of the survey respondents were UK-based, with 21 per cent located in the EU and 8 per cent in Dubai. Fifty-six per cent were female. The survey was conducted between 13 May and 21 June 2021.