Over the next five years, AMC plans to open 50 cinemas in cities all across Saudi Arabia, expanding to a total north of 75 locations throughout the kingdom by 2030. 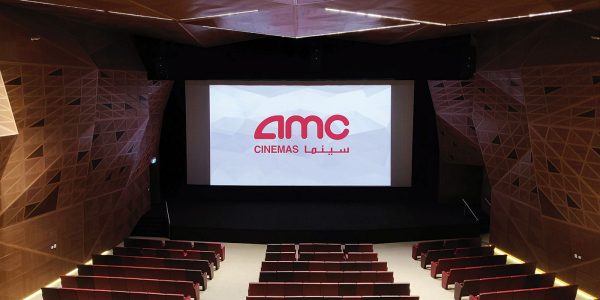 Motivate Val Morgan has signed an exclusive advertising sales partnership with AMC Cinemas for their cinema locations across the Kingdom of Saudi Arabia.

Over the next five years, AMC plans to open 50 cinemas in cities all across Saudi Arabia, expanding to a total north of 75 locations throughout the kingdom by 2030.

Motivate Val Morgan, a joint venture between Campaign’s parent company Motivate Media Group and Val Morgan Cinema Network, was formed in 1999 to represent on and off-screen advertising interests of leading cinema chains throughout the Middle East. The company celebrates its 20th anniversary this year.

Motivate Val Morgan has exclusive advertising partnerships with six other cinema exhibitors across the region, with a circuit of more than 480 cinema screens in the Middle East and North Africa.

“This is a game-changing initiative within the regional entertainment space,” said Ian Fairservice, managing partner of Motivate Media Group. “Expanding into Saudi Arabia remains one of our key business objectives and fulfils our long-held belief in the value of key strategic partnerships.”

Additionally, as part of Saudi Arabia’s Vision 2030, Motivate Val Morgan will support AMC in the education and training of young Saudi Nationals through a special internship programme, including sponsoring their attendance at
the Dubai Lynx Festival of Creativity each year, which brings together top creatives and the world’s
best brands.