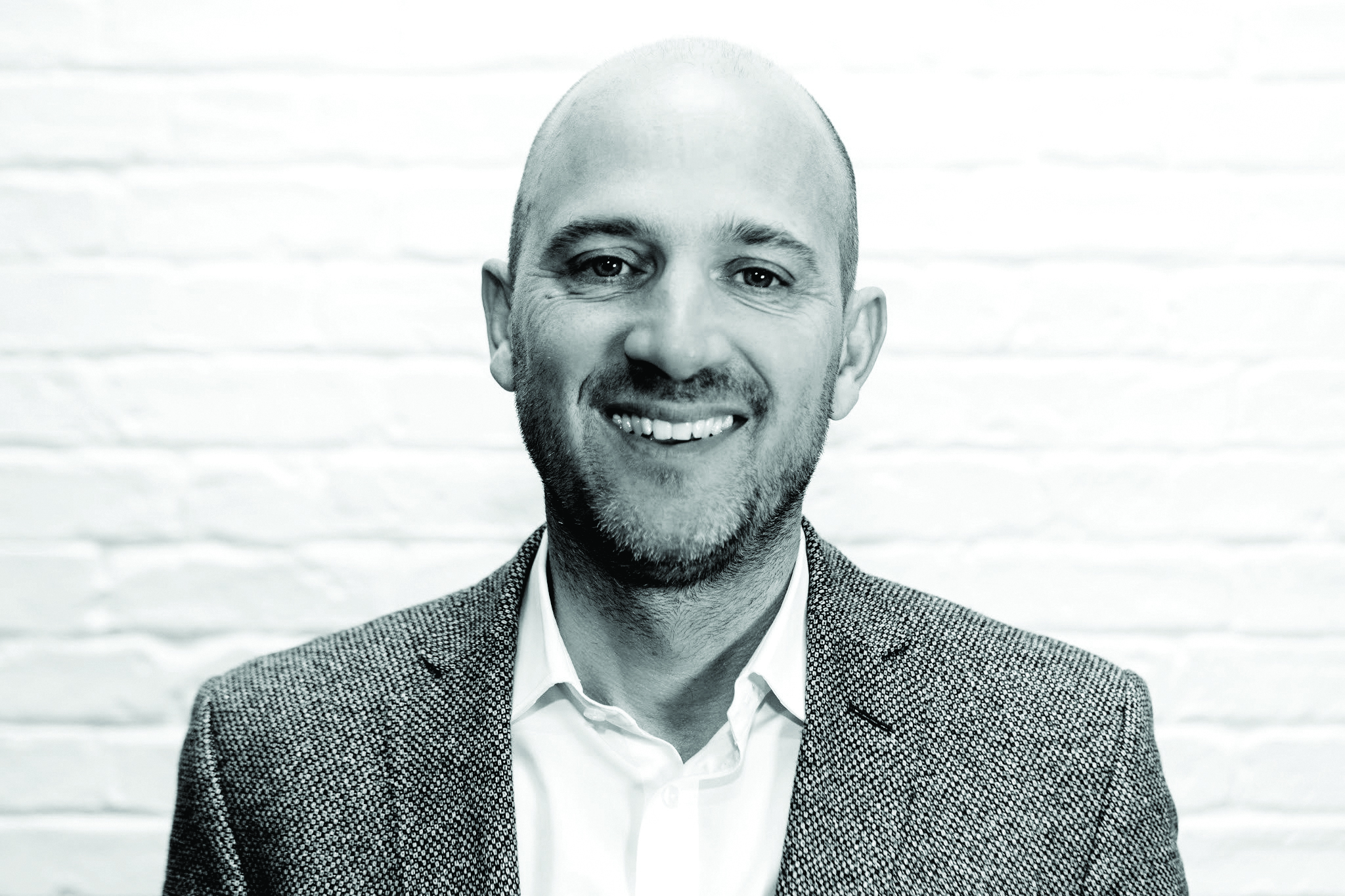 Spotify is shifting its focus, says Marco Bertozzi. He is the streaming service’s vice-president of EMEA sales and multi-market global sales, and he spoke to Campaign when he was recently in Dubai.

Spotify, which was founded in Sweden in 2006 and has been available in the GCC since 2018, still focuses on quality, but it is moving from thinking of itself as a streaming service to being more of a general audio service. This means it is not just a platform for music, but also for other audio media, such as podcasts.

People are getting over-saturated with screens, says Bertozzi, so audio is a chance for them to give their eyes a rest.

“All of the evidence from many markets across the world shows that people are moving to an audio-based world where they want to take a break from the screen,” he says.

He talks of “the big moments of the day” as opportunities to reach consumers. These moments occur when they are working out, driving, cooking or working around the house. “All of these are screenless moments,” says Bertozzi. “I’m almost tempted to stop talking about audio and just talk about screenless moments, because that’s really at the heart of this. As a marketer, what do you do in what are becoming more and more of these screenless moments? We all know we look at our phones too much, at screens too much, and people are looking for a way to take a break from that. As marketers we are talking to them more and more about how to shift from that very visual approach to one that can take advantage of the Playstation (which is a huge opportunity), the connected speaker or the car. And how do you do things differently?”

Spotify can offer a new frontier for advertisers who want to be market leaders in a medium Bertozzi anticipates will continue to grow, driven by a proliferation of touchpoints – from cellphones to games consoles to cars to smart speakers.

“My challenge to brands and advertisers is to be a market leader in this space. Brands have the opportunity now to speak to Spotify, talk to us about how they can do things differently, because there’s a clear space there for marketers to own the audio space and be a leader in it,” he says.

There are two ways for consumers to get at Spotify’s services. They can pay a monthly fee (AED 19.99 in the UAE) for a Premium, ad-free subscription, which offers them perks such as being able to download their music and listen offline. Or they can get the free version, which is ad-funded.

Globally Spotfy has 232 million monthly active users. Of these, more than 108 million pay a subscription. The service is available in 79 markets, including in the Middle East, North Africa and India, but it does not give regional breakdowns of its paid-to-Premium ratios.

Ads on Spotify are viewable. Although the platform is an audio service, the ads all have a visual aspect, with a call for action on a smartphone screen. Advertisers only pay when the full ad (from 6 to 30 seconds) has been viewed or heard.

The platform is pretty safe for brands. Unlike video streaming platforms, for instance, all Spotify’s content comes from professional, premium publishers, including major music labels.

Half of Spotify’s streams are user-initiated, says Bertozzi. That means one in two songs is selected specifically, rather than coming up unpredictably on a playlist. This means users are fairly attentive to their phones when using the service.

The platform can serve ads to a hard-to-reach audience, at key moments, which can be identified through Spotify’s data. Someone listening to a driving playlist is probably in their car. Listening to “Running mix”? Chances are you’re working out.

“We’re trying to give advertisers an opportunity to associate with music that is reflective of [listeners’] moods,” says Bertozzi. “So that is their targeting opportunity that takes them beyond age and demographic.”

Data won’t leave the platform, and Bertozzi says Spotify “is not going to play fast and loose with any data we’ve got” on its users.

After Bertozzi’s interview with Campaign, Spotify confirms this with an email stating: “At Spotify, the privacy and the security of personal data is and always will be our highest priority. We are 100 per cent committed to ensuring our users’ privacy and control over the information they share.”

It adds: “We also recognise that we have a duty to ensure that we are wholly transparent about how we gather, store, share and use personal data. You can read more about our privacy commitments in our privacy policy.”

Spotify’s content creds rest on a catalogue of more than 50 million songs, 3 billion playlists,
a growing directory of podcasts and more.

Increased consumer interest in podcasts is not taking listeners away from Spotify’s music offerings, but is rather persuading them to spend more time on the platform, doing different things with it and lending advertisers their ears for longer.

“The personalisation of that is the last bit, which is making audio really interesting,” says Bertozzi. “You could say that all the companies that stream music all have the same music, give or take. But what you do with it is important, and we have focused on discovery and personalisation so that your experience of using the Spotify app is absolutely unique to you, and you feel that the app knows you, the platform knows you really well. And the better that experience is, the more likely you are to come back, the more often you are going to come back, and from an advertiser perspective we can then help [users] be part of what is an incredibly good value exchange. You are saying to listeners: ‘You are getting 50 million songs for listening to or watching a couple of adverts.’”

Brands have done some interesting things with Spotify. Chocolate brand Snickers served ads to people who suddenly shifted their listening to a genre they wouldn’t normally stream, telling them: “You’re not you when you’re hungry.” The ‘Smirnoff Equaliser’ analysed the past six months of a listener’s streaming to tell them what percentage of the music they listened to was by women. They were then able to use a ratio slider to alter this one way or another.

Bertozzi says that the platform is a blank slate. There’s still a lot more that creative and forward-thinking brands can do to reach their consumers through their ears.

Spotify recently conducted global research into youth culture. The platform’s first Culture Next Global Trends Report was made in partnership with research agency Culture Co-Op and is set to become an annual barometer of trends. Although it gathered its qualitative data in Australia, the Philippines, Brazil, Mexico, the UK, Germany, France and the US, Spotify also polled trendy MENA-based members of “the Streaming Generation”. That is, millennials (aged 25-34 in the report) and Generation Z (15-24). It focuses more on the younger of those demographics.

Spotify lists five trends it says it believes “will resonate with everyone from marketers and content creators looking to deepen their connections with the report’s subjects to parents who want to better understand what makes their kids tick”.

Those trends, in the words of the report and Spotify’s local case studies, are:

All the feels. Members of Gen Z are in touch with their feelings and they understand the importance of expressing ad addressing them.

Joyce Amil, a “dancer and content creator” based in Dubai, says: “We are pushing each other to discuss issues such as mental health and to be more open and brave, and I believe that in the next decade there will be more talk and support around mental health and numerous other ways will be created to help individuals suffering from it.”

Band of others. Gen Z believes that music allows people to connect with one another and with different cultures. They listen to more international music than any other demographic.

“Music holds so much value, emotion, art and influential power that can create communities and mend broken hearts,” says Abdulla Hindash, a “photographer and content creator” living in the UAE. “From Beethoven to Michael Jackson, Fairouz, Demis Roussos and thousands more, the power of music has made its mark throughout history, and has always and will always be the common language among all cultures and countries on this beautiful Earth.”

“I’m constantly being influenced by what I see on digital platforms, otherwise I wouldn’t be on social media,” says Hindash. “The interchange of influence, ideas, beliefs and values that is available on social media is incredible.”

PolyFly. Gen Z wants to be part of the political conversation – and their seamless access to technology and all types of content empowers them to engage in a way no generation previously has.

“We have the privilege of having access to social platforms and it is great to see that people are starting to use it for the right reasons and are becoming comfortable about meaningful and impactful topics,” says Asma Al Aloosi, who is an Iraqi fashion blogger living in the UAE.

Surround sound. Gen Z may appear to be obsessed with their screens, but they value audio as an escape from visual stimulation overload.

“Personally, audio is present in my day from the moment I wake up till the minute I fall asleep,” says Shico Emad, a “musician and illusionist” based in Egypt. “During the day, I practise playing music in my studio for hours and this is by far the most enjoyable part of my day. It allows me to connect with my instruments to create new beats and tracks. I almost disconnect and forget about everything while playing and recording music.”