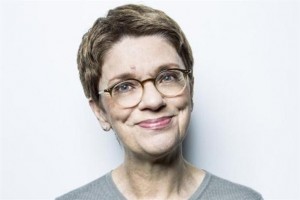 She has been SVP marketing communication and strategy since 2012. The appointment comes two months after former CMO Mary Best West’s exit.

Mondelez International has promoted Dana Anderson to the role of senior vice president and CMO, as part of an ongoing shake-up of the company’s top marketers.

The snacking giant has appointed Anderson, who was previously SVP marketing communication and strategy since 2012, to head up the company’s global portfolio of advertising, media and marketing.

She will oversee brand strategy, media and digital for Mondelez’ power brands.

“As our work for brands like Oreo, belVita and Cadbury demonstrates, she is constantly pushing the boundaries to create breakthrough marketing and engage with consumers in new ways.

“Her deep consumer understanding and strategic approach will be invaluable as we further focus on delivering fearless and innovative marketing programs that span multiple marketing and media channels and cutting-edge technologies.”

Anderson’s appointment comes two months after the departure of Mary Beth West who had previously held the company’s top marketing role. West was CMO of Kraft until 2012 when company split off and was renamed the international snacks division Mondelez International at which point she transferred to the new division.