Mobily engages with TV audiences to drive traffic to E-Shop

TV planning has evolved, and now it speaks the digital language.

In order to overcome the sharp declines in footfall into their physical shops (brought about by the Pandemic), Mobily launched a limited time offer for new pre-paid packages which could only be purchased on the Mobily e-shop, with a “same-day delivery” promise. The campaign’s objectives were to drive traffic to Mobily’s e-shop and increase Mobily App downloads.

MOBILY was the first TELCO in the region to partner with Brand4mance (A Choueiri Group Company) – the revolutionary TV Attribution solution which measures the impact of TV ads on brand’s e-commerce and launch a TV campaign in November communicating its new packages. TV has always been known as the mass media that drives awareness through its extensive REACH on Free To Air channels in the GCC & MENA Region.

The campaign highlighted the exclusive availability of the packages on Mobily’s e-shop with a clear CALL TO ACTION promising same-day delivery. For the first time, the campaign was not time-bound and therefore all spots were aired between Prime and Off-Prime time based on the performance measured on the uplift of traffic and App downloads.

Reiterating the power of TV, while extending the capabilities of digital, Brand4mance (via its partnership with Adalyser)  enabled Mobily to monitor its campaign “live” spot by spot, enabling shifts and optimization in real-time towards the best performing channels, segments, days of week and times of day. This secured the solution’s ability to optimize performance based on business impact. 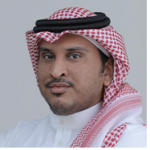 “The advanced targeting and tracking in online media has been leaving traditional media behind especially for performance campaigns. With brand4mance, TV is back in the game and TV performance is measurable. Now, calculating TV return on ad spend is easier than ever”. 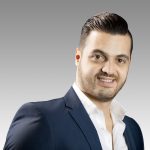 “Performance marketing finally comes to TV.  Now brands and clients can unlock TV performance and have a better measurement and understanding of their TV spend effectiveness, impact/uplift on digital channels traffic and performance caused by seeing the TV Ad. Now you can shift your TV ads between channels and programs while optimizing towards a better performance and even using ad copies that are performing better than others”. 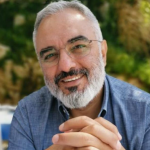 “Following the success of the campaign staged in November 2020, we are very excited at Brand4mance and Choueiri Group to be partnering with Mobily on this first-of-its-kind collaboration. We will be using our innovative solution to leverage the power of TV and become Mobily’s trusted measurement partner for all TV activations”.