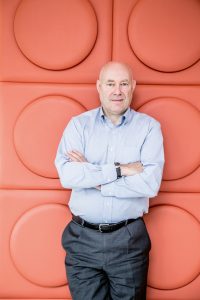 WPP’s Group M media agency MEC is coming back to the game with a new captain: Neil Hardwick. The new CEO joins MEC from Group M Russia and CIS, which he led for eight and a half years. Having started his career with Saatchi & Saatchi in 1984, he has also headed up Bates Saatchi & Saatchi Zenith Media, Saatchi & Saatchi Taiwan and Publicis China.

Hardwick takes over from Mohan Nambiar, who quit the agency last November after 23 years.

The new leader says his remit is clear: “To ensure that we continue to deliver quality of work to the clients, and that we are able to evolve the delivery to ensure we are not just keeping up but actually driving the changes in the market.”

Newco was a working title for the upcoming global merger of MEC and its Group M stablemate Maxus. Hardwick says an announcement is coming about Newco. “When it’s announced, you’ll understand … it’s not just a combination of two agencies and a new name.”

Sure enough, a day after Campaign’s interview, WPP reveals that the new agency will be called Wavemaker, previously the name of MEC’s content division. (MEC Wavemaker will be renamed Wavemaker Content.)

Tim Castree, global CEO of MEC, and now of Wavemaker, is positioning the new agency as “a media, content and technology agency”, rather than just a media shop. Its logo, in the shape of the letters WM, “reflects the agency’s heritage” as a part of WPP and its media-buying arm Group M.

One of Hardwick’s qualifications to lead the transformation in the region is, he says: “I understand the values and the strategic logic of the WPP structure, with Group M, and I also understand historically how Group M and the agencies have been on the front of the wave rather than the back of the wave.”

Although he hastens to point out that “I’m not chief strategist for Group M”, he says it is clear clients are looking for “holding company logic” with multiple deliverables that go beyond media, creative and PR agencies. He talks of a “coordinated managed delivery”.

“The logic of forming a trading group happened first in Group M,” says Hardwick. The combination of WPP’s media agencies in 2003 formed the largest media group in the world, allowing its members to push down prices through collective bargaining. “Other groups are sort of following down the path,” he adds. Last year Publicis Groupe restructured to include Publicis Media, its buying division that includes Starcom, Zenith, Blue 449, Spark Foundry and Performics. Also in 2016, Omnicom Media Group added Hearts and Science to its stable led by OMD and PHD.

“What we are seeing now, interestingly enough,” says Hardwick, “is that just as they get there we are already on the next element, as you can see with the changes that are happening with [Wavemaker].”

Many big pitches are being won at a holding company level. Omnicom won McDonald’s in the US last year, and WPP just won Campari at a group level. The drinks giant joins Ford and about 25 other international clients being handled not by WPP subsidiaries but by WPP itself.

“The logic is you’ve got this significant move,” says Hardwick. “It’s not just happened this year; it’s been happening for two or three years. It’s really gaining pace, where clients are buying into a holding company and they are effectively running holding-company-level pitches.”

He adds: “So why do you need eight different agency brands just to deliver media?”

The traditional answer is that they keep teams working on competing clients away from one another. But Hardwick argues that since clients are still dealing with sub-agencies of the same group, the key is in how they are handled. “Global contracts will be written the same as they have always been written,” he says. “And the agencies would then structure specific teams and structures that match those clients’ contractual commitments.”

While Hardwick says there is “no single formula” for a client’s point of contact, he does emphasise that media agencies such as MEC or Wavemaker are producing addressable media, tailored to consumers’ profiles using suites of analytic software and teams of planners.

It is media agencies that are changing messaging in real time. “[The structure] can work out a creative agency coming up with a raft of creative materials that we then manage and apply to the segmented audiences, and what we serve up will depend on how they react,” he says.

He is keen to point out that he came from a creative agency, Saatchi & Saatchi, before saying: “If you’re being really blunt, [creative agencies] just create the content.” This is the same as it has always been, he adds. “But you didn’t call it content; you called it advertising, and you made commercials and you made print ads.”

Today creative agencies face competition from the likes of Facebook, which has opened its own content studio, and YouTube, which lets people produce their own video content. “The digital media owners are creating content, because they know they need to attract eyeballs, which is what creative agencies have always done; they have created content.”

To address media, agencies need data. And much of that data has to come from clients. “Clients need to get their heads around the concept of who’s going to manage that,” says Hardwick. “Because if they want their agencies to be doing all sorts of really smart stuff with addressable media and biddable audiences, it’s going to save them a huge amount of money potentially. But first they’ve got to get their heads around the fact that there are fees involved with that.”

In June last year, the US advertising industry was rocked by news that media agencies had been found to be taking bulk rebates from media owners, among other “numerous non-transparent business practices,” in the words of the Association of National Advertisers (ANA), which conducted the investigation.

However, Hardwick points out that there were few high-profile sackings, resignations or court cases from clients clawing back money and seeking legal vengeance on the executives that helped take it. Rather, the problem was in the paperwork.

So the industry needs to see “a sea change in how people think”. Contracts need to establish who owns data, how it will be used, and how agencies are compensated. “As a media agency, you run 24-7 real-time addressable advertising, serving up ads and managing it all, and running constant algorithms, and factoring in all this stuff,” says Hardwick. “That’s excessively complicated; you don’t do that on 1.5 per cent.”

But when clients and agencies work out the right models and the right contracts, their agreements and scope of work can go well beyond what traditional media agencies once offered. They can go beyond what creative and PR and digital agencies offer.