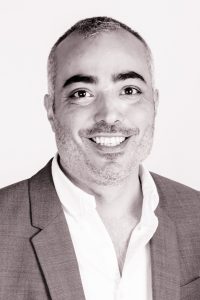 Nicolas has been with UM for more than eight years, and the agency says he has been an integral part of “leading UM towards becoming the largest and the number one media agency in the region – developing the product, driving growth, building teams and galvanising people, and contributing to the success of clients’ brands.”

As regional head of product for UM MENA, Nicolas has been the driving force behind the successful rolling out and integration of UM’s product offerings of social, digital, branded content, technology and creative solutions for clients across MENA region.

“Joe has a unique understanding of the region’s dynamics,” says the agency. “In addition to overseeing the Levant offices he has also – along with his team – been a change agent and leader in transforming UM Egypt in times of economic instabilities – revamping the office into a healthy operation, building a motivated team, improved capabilities and higher client satisfaction.

“As the business lead on key global and regional accounts he plays a crucial role in client relations and business development, for which he has an outstanding track record.”

Nicolas has been working closely with Chris Skinner, who led UM MENA since 2013, and who will now relocate to the UK as president of UM EMEA.

“I am excited to be taking over this role at one of the largest agencies in the region. At a time where our region is undergoing a transformation, we have the right team, the right company culture and the right portfolio of clients to enable us to deliver great work and set new standards. I look forward to playing a major role in this and the continuing success and development of the agency in the coming years” said Nicolas.

Ghassan Harfouche, group CEO of MCN, said: “MCN would like to thank Chris for his excellent leadership and in strengthening the agency’s position in the MENA region. We sincerely appreciate his vision and tenacity towards expanding the company’s portfolio and performance and we look forward to the next phase of UM under Joe’s leadership.”