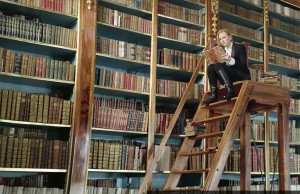 The United Arab Emirates’ national carrier will split creative duties between its incumbent agencies, including global digital and social marketing account holder Cheil, and its own in-house division.

It is understood that the Abu Dhabi-based airline will not be putting the account to pitch.

Scott Feasey, CEO of M&C Saatchi UAE, said: “Our statutory five year contract with Etihad has come to its end, and both parties have agreed not to renew for another five years. It’s been a fantastic partnership that has seen the airline develop into one of the most recognised brands in the world.

“We are very proud of the work and in particular the global brand campaigns, noticeably the ‘Fly Reimagined’ work with Nicole Kidman, that has been instrumental in cementing its global positioning.”

He added: “Etihad now has a solid brand platform under it and are looking to focus more on tactical campaigns in 2017, which can be handled by their internal comms agency or digital incumbents. We wish them every success and know they will not disappointed.”

The agency originally operated in Bahrain before buying a minority stake in Beirut-based ad agency Quantum Communications in 2010, leading to the creation of M&C Saatchi MENA.

After winning Etihad in February 2012, the agency opened an office in Abu Dhabi. Four years later, M&C expanded into Dubai after buying the boutique agency Expression, then part of micro-network Iris.

The Abu Dhabi office will be unaffected by the Etihad loss and will continue to handle accounts such as Twofour54 and Abu Dhabi Global Market, said Feasey.

Cheil was contacted for comment, but was unable to respond at the time of going to press.

An airline spokesman said: “Etihad Airways frequently reviews the many advertising agencies it works with around the world, to ensure suppliers provide the most effective support to the business.”

At the time of M&C Saatchi winning, Etihad’s global creative account, the business was reportedly worth £100m.