With Christmas and the lead up to New Year’s, it’s no surprise that consumer behavior shows a rise in purchasing activity – as the holidays close in on us, not only is everyone looking to get their gifts shopping in, but they’re also maximizing on the great offers by their favorite merchants around the city! As the population of expats moving into the country continues to grow, so does the impact of celebrating traditionally western holidays or events. This presents retailers with a great opportunity to really push their year-end sales and boost their overall customer value. As merchants prepare to welcome the increase in retail activity, Admitad takes a closer look into the purchasing behavior of consumers during the festive month of December – what is the most popular shopping category during the holidays and more interestingly, why? 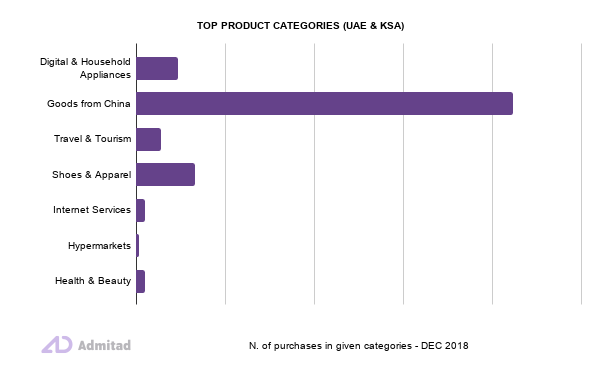 In a recent analysis by Admitad, it was found that Goods from China were at peak demand especially during sale months in both the UAE and Saudi Arabia. Infact, as one of Admitad’s highest rated affiliate programs, AliExpress shares that the most popular goods during the month of December were various electronics, beauty products as well as women’s clothing. UAE shoppers are estimated at spending roughly $4 billion on online shopping, and approximately 30% of that spend is used on overseas retailers. Consumers are becoming smarter at navigating the digital crowds, and understanding that they are able to access a wider collection of goods with global retailers as well as cheaper prices – in 2018, 83% of UAE online shoppers stated better prices as a reason for shopping from abroad.

Unsurprisingly so, there has been a 16% increase in the annual trade between the UAE and China – there are currently about 5000 Chinese companies in the country that are flooding the MENA region’s retail market. By 2020, the trade between China and the Middle East is expected to rise up to a whopping $500 billion. Just recently, one of China’s largest carmakers, Guangzhou Automobile Group, have announced their expansion into the UAE, Saudi Arabia, Kuwait and Qatar. But what makes Goods from China increasingly popular? Quite simply put, retail goods from China are coming in at prices that are significantly lower than market level. Infact, it is almost impossible for local retailers to compete against Chinese goods specifically on the prices that they are able to offer. With online retailers such as AliExpress, SHEIN and JollyChic dominating the industry, local consumers now have easy access to a much larger variety of goods at the best prices and at the convenience of their mobile devices. 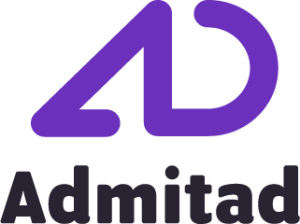 “China’s economic presence in the Middle East is becoming increasingly relevant. We are progressively seeing that global retailers are dominating a big part of the market due to their anticipation of consumer want and their cheaper rates. With the GCC having one of the highest GDP (Gross Domestic Product) per capita as well as several countries in the Arab World now being a hub for e-commerce retail, this sheds a lot of light as to why Chinese Retail Giants are now heavily targeting consumers in this region with competitive pricing and quality goods.” – Artem Rudyuk, Region Manager of Admitad MENA