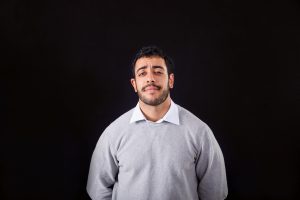 I’ve never been one for comparisons, but if you were to ask me to pick between Cairo and Dubai when it comes to the field of advertising, my bet will always be on a Nile view.

It may seem counterintuitive, seeing that Dubai is the media hub of the MENA region, it’s the place where all the “happening” agencies exist, it’s the place where big multinationals have built headquarters in every direction from Sheikh Zayed road, and it’s where every marketer aims to work some day. Dubai is where the money is.

But let’s take a step back for a minute.

If we look at regional industry award events, who’s usually going home with a cabinet full of trophies and accolades? More often than not, it’s an Egypt-based agency. Ignoring the implied bias of my own nationality, why is this the case? To answer that, we need to take a look at some demographics.

With 9.27 million people, the UAE has a comparatively small population, especially when you take into consideration the 100+ nationalities that comprise its inhabitants – ranging from the local minority to the expat majority, which makes up 88 per cent of the total population according to UN data. Take Egypt on the flipside. With upwards of a cool and breezy 100 million people, it’s got plenty of mouths to feed, but perhaps more importantly its population is nearly entirely homogenous, and Islam as a religion encompasses the majority of people. Why does any of this matter?

Whether you like to admit it or not, homogeny is actually good for business when it comes to marketing and advertising. You see, Dubai is as cosmopolitan as they come. Everywhere you walk, you’re surrounded by people from all walks of life and, while that’s certainly good for giving you a more wholesome view on life, it makes a marketer’s job a bit of a nightmare.

Take comedy for instance. What may be funny to a Brit could be downright offensive to a German. Whether it’s verbal or physical comedy, the fact remains that each unique culture has evolved its own distinct definition of humour and attempting to push one-solution-for-all approaches will more often than not result in failure.

How does one cater to drastically different tastes, cultures, expectations, languages and mentalities? The short answer: you don’t. If you try to appease one ethnicity in a multi-cultural market, you automatically risk alienating an entire group (or more), regardless of how unintentional it might have been.

This results in otherwise bland marketing campaigns – what we can call “Shutterstock” campaigns – that are at best, generic and at worst forgettable.

Egyptian marketing takes an entirely different approach due to the fact it speaks to one population. Sure, the stark socio-economic differences that separate the country’s elite, middle and lower classes are a major factor to consider, but where else can you push out content that’s built solely on catchphrases by Adel Imam – a seasoned veteran comedy actor whose career spans decades – and have every single person, whether they’re a billionaire or a security guard, relate to it instantly?

Egypt’s appeal to marketers is in its dynamism. It’s the fact that you can truly cater to a population that speaks a unified language, shares a similar cultural background (for the most part) and – more importantly – laughs at the same things. Take Vodafone Egypt’s “Fakka” campaign in 2013 for example. Spearheaded by JWT in Cairo, the campaign hammered on an insight that affects all Egyptians regardless of background: suffering through getting change for your purchases at any grocery store. The campaign created a new type of micro-charge card that the store tellers could hand out in lieu of money, as opposed to the historical items usually given when change was not to be found (It was gum. It was always gum). Needless to say, the campaign was a resounding success and created a noticeable value (its obvious downfall being that it only served Vodafone customers but hey, you really can’t please everyone).

Another recent example was brought to our screens this Ramadan as Carrier – the leading global air conditioning powerhouse – entertained all Egyptians through the use of stereotypical Egyptian customer/salesman behaviours as the lead actors exchanged quick banter and witty comebacks through a series of digital/TVC executions that ultimately led to the brand reaping major ROI in terms of share of voice, interest in product, increased brand loyalty and, ultimately, sales.

Is that to say nothing fresh and funky ever comes out of Dubai? Nonsense. It’s got a lot of creative brains who are grinding day and night to squeeze their creative juices and create something iconic. All there is to today’s argument is that if you’re looking for a market where demographics-based insights are your driving factors, then Egypt is the perfect breeding ground for your creative ideas.