Khaleej Times is making grand plans to change and expand 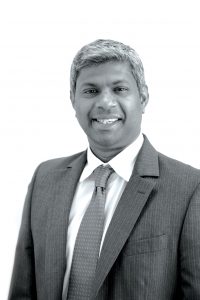 Khaleej Times is the UAE’s oldest paper, so you might be forgiven for thinking it is also the country’s most old-fashioned. But with 30 per cent more web traffic than its nearest competition, according to monitoring firm Effective Measure, its management say it is the most popular news website among the population.

Following a series of redundancies at Khaleej Times last November, Raman was brought in this April with a four-part remit. Raman, who was vice-president of Bloomberg Business Week Middle East for three years before taking up the Khaleej Times role, has been tasked with launching new products, realigning the organisation’s processes, updating the core product and people’s perceptions of it, and keeping Khaleej Times a publishing success. Raman’s first day coincided with the newspaper’s 39th birthday celebrations.

The new vice-president’s remit could be tough. Newspaper advertising spend dropped an estimated 35 per cent between 2015 and 2016 in the UAE, according to media agency Zenith, falling from $60m two years ago to $39m last year. It is predicted to fall another 26 per cent this year, to $29m. In the last year, Dubai-based daily 7DAYS has ceased publication, Abu Dhabi state-owned paper The National has been taken private and laid off a reported 40-odd staffers, and Gulf News has closed its Aquarius magazine, among other closures and cutbacks in the newspaper industry.

But Khaleej Times, backed by the successful Galadari Brothers Group, has at least three new product launches planned. At the end of August it will be unveiling Looparabia.com, a website dedicated to youngsters aged 12-17. As the schools go back in September, this soft launch will be hardened up with a print edition and an app. The print and digital offerings will be supplemented by live events, but Loop will essentially be advertising funded.

Raman is quick to counter questions about the ethics of advertising to children.

Of native content, he says, “We’ve had meetings with a couple of brands and they also have realised the fact that they can’t be selling products through this medium. They have to educate, they have to really get brand affinity at this stage. … They have to be creative, they have to be a lot more innovative in terms of what they are putting out there.”

Publishers have tried to produce content for schoolchildren before, but not at the scale of Loop, and not with the backing of an organisation as well known and respected as Khaleej Times. This means Loop will be launching with recognition and general approval of both parents and schools.

Crucially it also needs the approval of its readers, the kids themselves. They don’t care much for Khaleej Times’ four decades of publishing history, but they were consulted throughout the new project’s planning. The name of the new project – Loop – was suggested by a focus group of children, and the previously intended title was dropped.

“It’s a product meant for the youth but also shaped by them to a large extent, so that’s the unique selling point, I would say,” says Raman. “Kids consume a lot of content; that’s a given. They consumer over six hours of content a day. But most of the content is YouTube driven; it’s more international because they don’t have access to local content.”

Loop will cover local topics that are relevant to young readers, such as school projects and sports results.

Crucially, the new title will not be a supplement to the newspaper, but a standalone product. It won’t carry Khaleej Times’ logo, making it the first venture that is not a brand extension of the original daily.

The second launch that Raman will be overseeing is a business-to-business tech title, licensed from a US publisher. He won’t reveal the brand, but says it will be a familiar, well-known one. With a less consumer-centric view, its revenue won’t depend so much on display advertising but will be split between sold content (advertising or advertorial), reports and white papers, and events.

Raman says in an ideal world he would like to see a 40:30:30 split between advertising, events and paid content. This goes for any sort of publishing venture, not just B2B titles.

A third launch is also in the pipeline, but Raman is keeping quiet about what it will be, except to say that it will be digital only and will launch in late 2017.

Loop is forcing Khaleej Times to think young. Well, younger. Although the newspaper has not yet gone so far as to launch a Snapchat channel, it now knows what the app can do. And the newsroom’s collective mindset is changing, from a print-oriented, print-deadline approach to a more rolling-news style of journalism, when stories can be filed any time, from anywhere.

Khaleej Times’ readership is also changing. While it was once seen as a newspaper of middle class readers, many hailing from the Indian subcontinent, that demographic is getting richer. After 40 years, those loyal readers that remain from a decade or more ago now have enlarged families and enlarged household incomes. This is one of the reasons that Khaleej Times is driving circulation in the more affluent southern areas of Dubai, and is about to heavily promote its distribution of The New York Times.

Less than $100 will buy readers a subscription to Khaleej Times and its expensive, upmarket partner. The paper distributes The New York Times throughout Dubai.

Its distribution network is one of Khaleej Times’ greatest untapped resources, says Raman.

Paper boys can be used to gather information. For example, which households have childrens’ bicycles outside; these would be targets for Loop. Or how often people go on holiday – and let their deliveries pile up on the doorstep.

“What we need also to understand is that data is the new oil,” says Raman. “If I have 60,000 households who read Loop and I know that obviously they have parents and that database exists with me, there are ways and means to reach out to them. And why just think about print? We could be looking at digital, we could be looking at a digital-plus- print type of an offering. So at least it allows me to get new data about a potential customer. And that has not been monetised by us. We are sitting on 39 years of data, which has really not been segmented.”

He gives an example of how this data might be used: “If an airline wants to know if I have a database of people who take frequent breaks I would be able to give that. Because I have done on-ground profiling, because my delivery boys go to these households every day. So 365 days a year my delivery boy is going to that particular house, delivering the newspaper, knowing what is happening there.”

And with knowledge like that, the newspaper will be able to spot new efficiencies and niches in the market. At 39 years old, the title has hit a new period of change and – hopefully – growth.