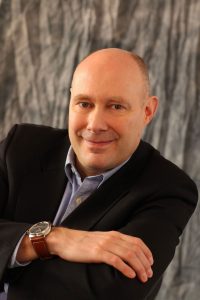 WPP media agency MEC has today named Neil Hardwick as CEO for the Middle East and North Africa. The announcement was made by Alastair Aird, global chief operating officer and chairman for EMEA. Hardwick joins MEC from a position as CEO of GroupM Russia.

Aird said: “I’m delighted that Neil is joining the MEC family. He is a proven leader with exceptional business acumen and is absolutely the best candidate to position MEC for the future. With Neil at the helm, along with the fantastic leadership team across the region, MEC is in pole position to be the best media, technology and content agency in MENA.”

Filip Jabbour, CEO of GroupM MENA, added, “I’ve known Neil since I joined the group, and I am excited about his arrival at MEC. He has the skill, the vision and the deep understanding of our industry to make a real difference to our business in the region.”

Hardwick said: “MENA is an exciting and historical region with a huge potential for continued growth. I’m honoured to be taking this new role and exited to join the MEC management team. The MEC MENA network has a diverse client portfolio, a group of talented and passionate people, coupled with a thriving agency culture, and I’m looking forward to the chance to create long-term growth here.”

MEC MENA was recenelty named Festival of Media MENA Agencyof the Year and won Campaign of the Year award for MAGGI #WomenOfChange. New business wins in 2017have included adding FrieslandCampina to its client list.

It has been leaderless since 23-year veteran Mohan Nambiar quit last November.

Earlier this month, WPP announced it was to merge MEC and sister agency Maxus globally.

Hardwick joins this autumn and will be relocating to Dubai in the next few months.

With over 30 years of industry experience, Hardwick has had managing roles in agencies in the UK, Hungary and Greater China. He joins MEC from a position as CEO of WVI Group, the joint venture holding company for WPP’s brands in Russia including Maxus, MEC, MediaCom, Mindshare, GroupM and JWT.
Hardwick started his career as a graduate trainee with Saatchi & Saatchi in London, before moving on, nine years later, to become CEO of the ad agency’s operation in Budapest. Relocating to Asia, he was then named CEO of first Saatchi and Saatchi in Taiwan and then of Publicis in China. He was announced as the CEO of WVI Group in 2008.