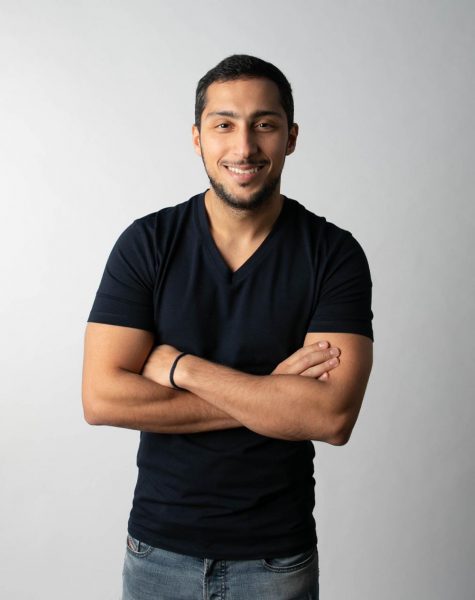 The typical gamer is no longer a reclusive teenage boy! Gaming is an upward trend, with more than 2.6 billion gamers globally and an industry worth $148.8 billion, and these numbers are only increasing.[1] N Now, 70% of players are over 18 years old, and the male to female ratio is almost even[2]. In many ways, the medium is starting to challenge social media as the main place where youth engage online, giving people a sense of accomplishment, a sense of community and providing social fulfilment. During a pandemic that has left many with a lack of means to achieve these goals and an excess of time at home, the turn to gaming is self-explanatory, with a 75 per cent increase in video game usage in March alone[3].

As with any booming content platform, advertisers are jumping on the bandwagon, levelling up their strategies and thinking of innovative ways to get their brand message across. In other words, games are not just a one-off advertising channel; they’re an entirely new realm, and utilizing them can benefit brands looking to target a whole new pool of audiences, offering advertisers the chance to play in a world where physical infrastructure doesn’t constrain creativity.

Some of the top game purchases and downloads throughout this pandemic have been attributed to Nintendo’s Animal Crossing, Activision’s Call of Duty and Epic Games’ Fortnite. All of these games have had a long run (in some cases decades) of success, but past accolades cannot compare to the strides made during the quarantine. For example, “Animal Crossing: New Horizons,” sold 13.5 million copies since its release in March, with over 38 million tweets about the game since its release, many celebrating its ability to provide comfort and social connection in a time of isolation and struggle. Sandy Liang jumped on this success and sponsored an in-game pop-up shop, allowing users to dress their avatars in the designer’s frocks. Fortnite had also grown to new heights when Nike sponsored a custom game mode, allowing players to purchase Air Jordans for their characters.

Another booming sector has been Esports, where experienced gamers face-off as individuals or in teams in titles such as Fortnite, Madden NFL, NBA 2K, and Apex. This sport has grown from 270 million fans in 2016 to almost 495 million fans in 2020 (and growing). Brand sponsorships in Esports have jumped from $342 million in revenue in 2018 to $470 million in 2019, with advertising increasing from $176 million to $220 million, respectively[4]. Additionally, Twitch, an Esport live streaming website, saw 1.49 billion gaming hours watched in April alone, with the number of monthly users at 140 million. To put that in perspective, Netflix has 167 million users. Netflix’s chief executive officer admitted that when it comes to vying for screen time, video gaming, not other streaming services is its biggest competitor. Even traditional sporting events such as the Super Bowl which sees 98 million viewers are beginning to be outdone by events such as the League of Legends World Championship, which attracted an audience of more than 100 million[5].

So, how can brands leverage these impressive statistics and high levels of audience engagement? They’re not limited to banners, native ads, and carousels, although those are very much options. Twitch has integrated their own Bounty Board which is a brand-safe marketplace that connects advertisers with Twitch’s Influencer Streamers and their micro-communities of viewers. Brands can work with users by having them do reviews during their streams, include product placements in their broadcast, giveaways for their loyal fan base, creating specific events such as charity, or product launch events, and even unboxing videos. For example, UberEats collaborated with a streamer whereby for every kill on Fortnite, his fans would get 1% off their order. Companies can also promote their products by sponsoring top professionals, as Honda did with “Team Liquid”, as an ongoing sponsorship or during competitions.

Brands are massively benefiting from in-game advertising because video game publishers and console providers can collect data on each player. With first-party data in hand, advertisers can deliver hyper-targeted campaigns served programmatically, and in real-time, getting live measurable and accurate results.

The gaming industry has enjoyed an approximate 10% year-on-year growth over the last few years, and, pardon the pun, but there is a massive opportunity for brands and advertisers to play in this space. What marketers should take away from these examples is the sheer buying power, disposable income, and influence gamers have. Gaming is creating unique opportunities for brands, and advertisers need to think about how they can effectively communicate with a generation that is used to fast-moving, image-heavy environments filled with snackable, measurable and executable content. This new digital ecosystem will help developers monetize games through an alternative revenue stream, enhance the realistic features of the game’s environment through the placement of real-world ads, boost the creative and interactive experience for the gamer, and help advertisers unlock the next evolution of advertising by reaching a previously unreachable audience through a growing new ad category.

So where to start? Identifying a game that aligns with the brand is the first step, brainstorming creative ways to bring the brand and the game together naturally. It’s only a matter of time before these advantages are recognized, and gaming becomes an essential part of every brand’s advertising strategy.