The UAE's outdoor advertising industry needs a revamp to sustain if the outbreak continues to unravel. 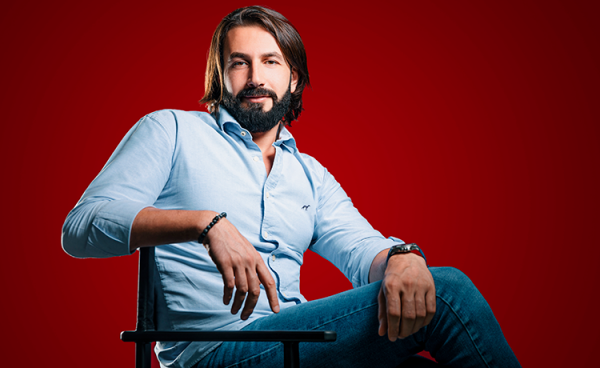 The outdoor advertising world entirely depends on the percentage of people going out, but if that percentage drops, the OOH reach weakens. This is only one of the adverse impacts of COVID-19 on the Out-of-Home world.

If you ride through the major commercial hotspots of Dubai, you will see those billboards – digital or otherwise, that are serving their purpose, with advertisers more than willing to have an exposure on them while cutting down on others, but if there are not enough people to see them, and in the face to stiff competition from digital advertising, which is much more than ever during the current situation, it becomes imperative for OOH to think ways in which it can minimize the risk of getting their ad spent share eaten by digital giants.

Is UAE smart enough to catch up?

Outdoor spending in the UAE accounts for a third of all advertising done in the country, but in the face of the COVID situation, it’s not difficult to anticipate that the OOH will soon lose its grip for the digital channels to take over, and this calls for injecting smart and innovative technologies in the traditional OOH campaigns.

There has been a lot of talks about the UAE moving faster and smarter towards the future. The country is witnessing the most advanced revolution of all time which has been driven by the creation and adoption of emerging technologies such as 5G, artificial intelligence (AI), machine learning (ML) as well as augmented/virtual reality (AR/VR), among others,  but I just wonder why OOH in the UAE has shied away from the digital and technological transformation until now.

It is the time for the OOH landscape to move away from the traditional four-walled approach to marketing to focus on implementing smart advertising. Only the brands that dip their toes in OOH advertising powered by new interactive technologies will be the ones to sustain and remain relevant in a digital and fast-paced world.

Though advertisers in the UAE have moved towards adopting a set of new tools in the heed of digitalization like LED screens, human billboards with digital monitors, digital promo vans, these are still very simple implementations that barely scratch the surface of what a truly high-tech OOH advertising could achieve.

To accomplish the objective of futuristic OOH, the advertisers should tie-up with technology partners to equip the billboard or digital screens with an array of technologies ranging from cameras, radars, infrared and antennas, which will see, listen and react to their environment.

Smart technologies are already starting to pop up around the world, and below are a few scenarios that the UAE OOH industry needs to experiment with.

The installation of facial recognition cameras that are capable of identifying facial expression, gender, age, and the composition of a crowd passing could be a big leap in the UAE’s ad-tech evolution. This feature will allow developers to program a series of videos that react dynamically to the people in the vicinity.

An example of digital outdoor advertising can be found in the UK where an interactive billboard at a London bus stop scans your face and determine if you’re a man or a woman by using facial recognition technology. The display then plays messages meant for a particular gender.

Those are the days of the past when billboards merely showed information, and advertisers are left with the only option of hoping that the viewers would pass by their store to purchase their product.

Today, Bluetooth beacons can be equipped in OOH ads to transfer demographics-based information that interacts with the onlookers. This could be used in several ways to improve, optimize and target, as well as deliver a more contextually relevant message to the audience.

Recently, Coach, a leading fashion brand, leveraged beacons at the Hong Kong International Airport to create a compelling OOH campaign. This was a social media photo-sharing campaign. To participate, passengers, had to come close to a beacon hoarding (with the Bluetooth switched on their phones), go on WeChat, and shake their phones. The beacons installed in the Billboard would then communicate with passengers’ smartphones and take them to the landing page of the campaign.

Use of Radars to catch attention

Radar is a sophisticated system that analyzes anonymous data from cell phones in passing vehicles. Once this data is collected, it is processed through the system, which then dynamically alter the billboard content to display an ad that is relevant to those in the group.

Additionally, besides looking at anonymous data, technology can also identify the types of vehicles that are passing by. In this case, if there happened to be a large group of Fords driving by, the advertisement could shift and display ads for GMC vehicles with some kind of special offer for Ford owners.

It’s a known fact that the advertisers have hit the breaks in spending and layoffs rip through media and advertising agencies. But this shock should be a lesson for the UAE’s OOH industry to kickstart the outdoor advertisement revolution. Its survival entirely depends on how much this sector is willing to incorporate the latest trends in technology.

Everyone in the country expects to see a good combination of digital and creative advertising campaigns making their way to the general public in the coming years.