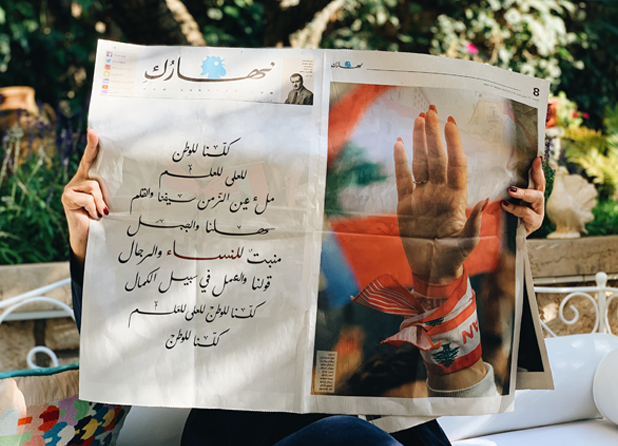 IMPACT BBDO has won two Gold awards for Diversity, Equity, & Inclusion at the Inaugural Anthem Awards, a new honour launched by the Webby Awards to recognize social impact work around the world.

Other winners at the 2022 show include The Malala Fund, United Nations, The New York Times, Netflix, Sesame Workshop, Planned Parenthood, amongst many other noteworthy names.

The two Gold awards were awarded to AnNahar Newspaper for the “New National Anthem Edition” project, which boldly rewrote the Lebanese National Anthem in order to give equal representation to women.

Jessica Lauretti, managing director, The Anthem Awards, said: “It is our distinct honour to recognize the work that brands, organizations, and individuals are all making to create an impact in their community. We launched this platform to show the world that all corners of our culture, from sports and entertainment to business leaders and celebrities, are all standing up to say, it is time for systemic change and that social good is what we value as a society.”

Winners for the inaugural Anthem Awards will be celebrated at the first annual Anthem Voices conference followed by a star-studded virtual Awards Show on Monday, February 28, 2022.  Fans will be able to hear from social impact leaders during the day and then watch the show, featuring special moments, and hallmark speeches from all you and your fellow winners at www.anthemawards.com.

The Anthem Awards was launched in response to the prevalence social good has taken within the national conversation and cultural zeitgeist in recent years. The inaugural competition received nearly 2,500 entries from 36 countries worldwide. By amplifying the voices that spark global change, the Anthem Awards are defining a new benchmark for impactful work that inspires others to take action in their communities. A portion of program revenue will fund a new grant program supporting emerging individuals and organizations working to advance the causes recognized in the inaugural Anthem Awards.