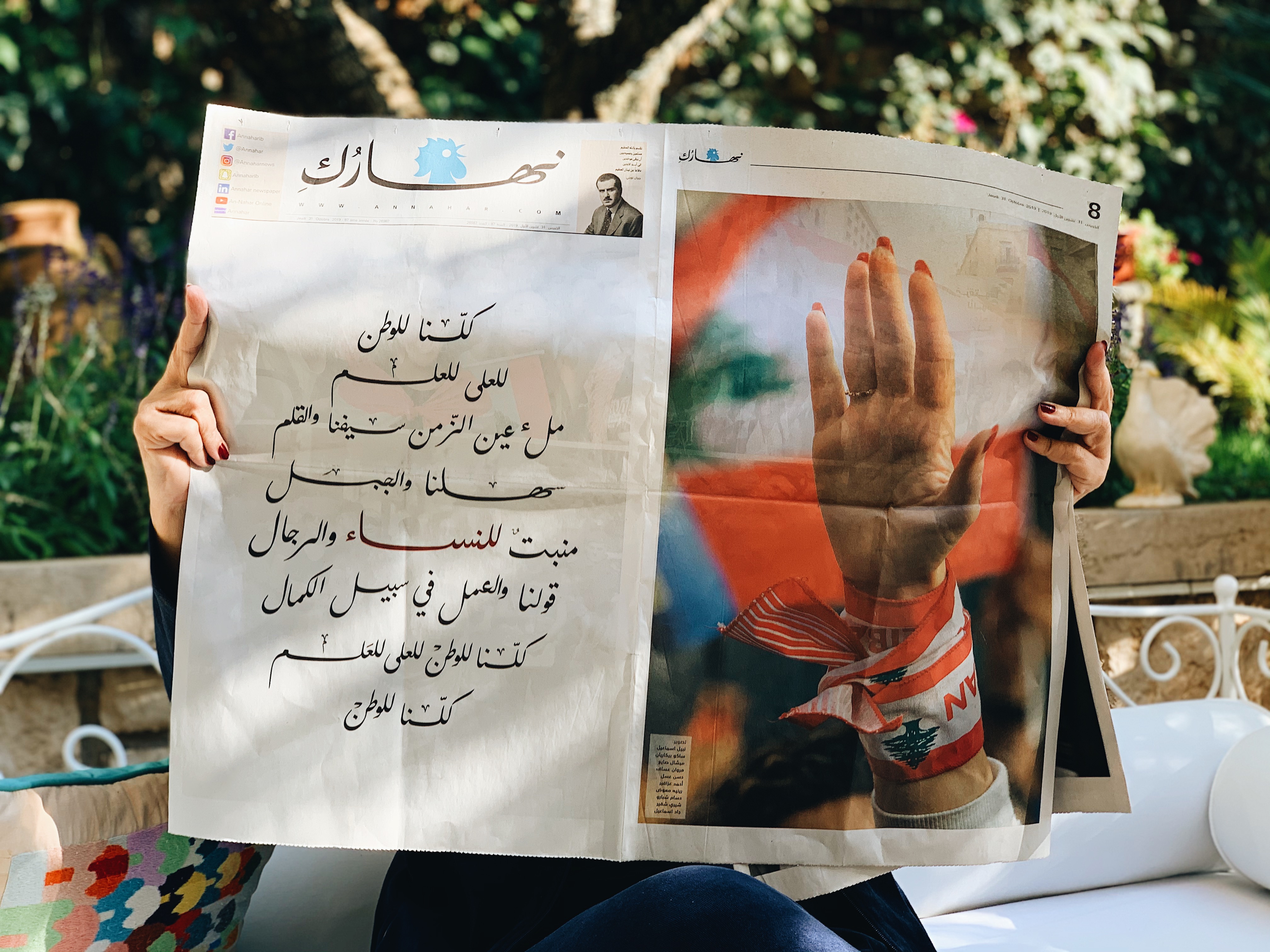 For the second year in a row, Impact BBDO Dubai has pulled off a remarkable repeat in winning one of the two Grands Prix of The Year awarded at the annual Ad Stars competition in Busan, South Korea. “The New National Anthem Edition” for An-Nahar Newspaper won the prestigious award from the category of Brand Experience & Activation.

The widely celebrated campaign aimed to inspire women to lead the Lebanese revolution in 2019 with the meaningful action of amending the country’s national anthem: previously, the anthem had referred to Lebanon as the “birthplace of men.” An-Nahar changed this to “birthplace of men and women” and printed the revised anthem on the front page of an issue that was dedicated entirely to women.

Dani Richa, CEO and Chairman of Impact BBDO, said: “We are very, very proud of this win – It has been a challenging year for us with lots of disruption but we have never lost focus and to be celebrated in such a way is testament to our commitment to the work, the work, the work and to work that touches people and is purpose-driven.”

The campaign won an additional 4 Gold and 3 Silver trophies in other categories. Ad Stars is one of Asia’s largest advertising show: this year’s festival – which received over 20,000 entries from 60 countries – had a theme of “RE: AD Re-think | Re-define | Re-design”  and aimed to “share creative solutions and change the world”. Last year, Impact BBDO had won the Grand Prix of the Year for “The Blank Edition”, also for An-Nahar. The show will hold an online exhibition of the winning work on October 20.

Nayla Tueni, editor-in-chief of An-Nahar Newspaper, said: “At An-Nahar, we have been embracing our Lebanese women, showcasing their achievements, and celebrating them on various occasions, the last of which being in the lyrics of the Lebanese National Anthem. Women in Lebanon were at the heart of last October’s popular outburst in the country. And now more than ever they’re doing so much facing the crises the nation keeps going through. I dedicate this win to them and tell them that they will always have their place at Annahar and that we will continue on being the platform through which they can unleash their potential.”