The event was a Saudi Commission for Tourism and National Heritage initiative, which aims to make Saudi Arabia one of the world’s leading tourism destinations, a key pillar of the 2030 vision. 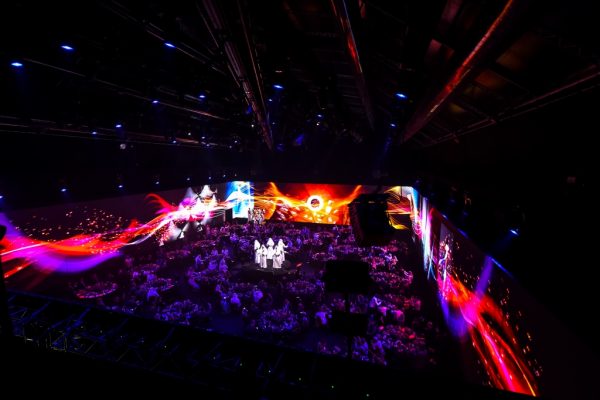 Imagination teams from around the world, including Riyadh, Dubai, London, Sydney and the USA, joined forces to work with the Saudi Commission for Tourism and National Heritage to create a next-generation, unique, immersive experience and a spectacular show. This brought to life the diverse beauty of the KSA, as well as the culture, warmth and hospitality of its people, with the overarching message: ‘Open Saudi, Open Hearts, Open Doors’. 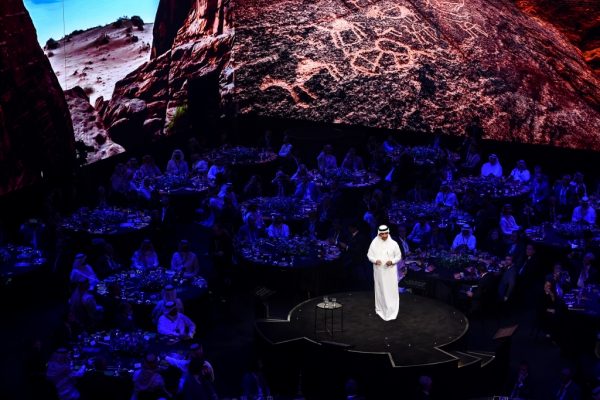 UNESCO World Heritage site, Ad Diriyah, Riyadh, was chosen as the site for the bespoke experience for an audience of 400 VVIPs, media, influencers as well as a live TV and on-line audience across the Kingdom, the GCC countries, and beyond. The event also saw the unveiling of the ‘Saudi: Welcome to Arabia’ tourism positioning, which was revealed as the culmination of a high profile global advertising campaign asking millions around the world, including Dubai, London, New York, Beijing, Shanghai, Paris, Rome, and other key cities, “where in the world can you find such unexpected treasures?” The answer – “Saudi Arabia”.

Imagination created the experience identity ‘Open Saudi’ which was applied across all touchpoints, before, during and afterwards. A contemporary colour palette was used that celebrates the inspiring, contrasting landscapes of the regions – aqua and deep purples from the red sea, warm reds and vibrant oranges from the deserts of Najd, and fresh, energetic greens from the terraces of Faifa. 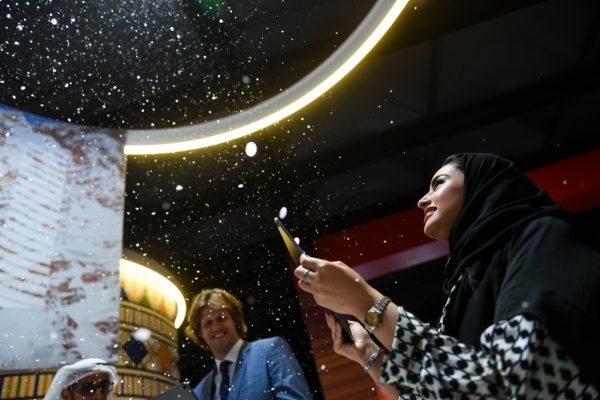 Inside, an exhibition area containing immersive pods surprised the senses, using augmented reality, sound, smell and temperature, presenting the four key tourism pillars of Nature, Adventure, Heritage and Culture. The pods brought each theme to life by providing a glimpse into the diversity of the Kingdom, including snow from the Tabuk Mountains. The area also featured a ‘Stories of Saudi’ installation – large portrait screens depicting residents, past and present, telling their positive and inspiring personal stories about life in Saudi Arabia.

Guests were treated to a culinary journey of typical Saudi dishes from the north, south, west and east of the country with a contemporary twist – all set to a backdrop of stunning animated scenery from around the country. The entire experience was set in an immersive 360 environment, which served as an epic canvas for the stunning footage, captured on an 11k 360 drone camera, from around the diverse regions of KSA. 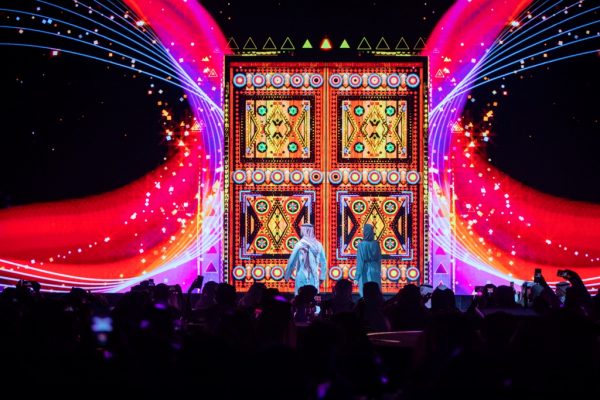 Imagination also created a pixel streaming augmented reality experience powered by 5G, in collaboration with Zain, featuring a virtual bird that joined guests in the room before embarking on an extraordinary journey around KSA. A powerful immersive theatre experience was brought to life by a cast of 150 actors and musicians, culminating in a procession of children carrying national flags representing eligible countries.

Commenting on the launch, Patrick Reid, Group CEO of Imagination, said: “We are extremely proud to have worked in partnership with the Saudi Commission for Tourism and National Heritage to celebrate this historic moment of transformation. Imagination is passionate about the power of experience to change behaviour, and by showcasing the extraordinary treasures of the KSA through this multi-sensory experience, we firmly believe we can encourage travellers to visit, in turn creating jobs, diversifying the economy, and helping the KSA to achieve its 2030 goals.”

Tear up those playbooks: In the new normal, everything has changed by ASDA’A BCW’s Sunil John