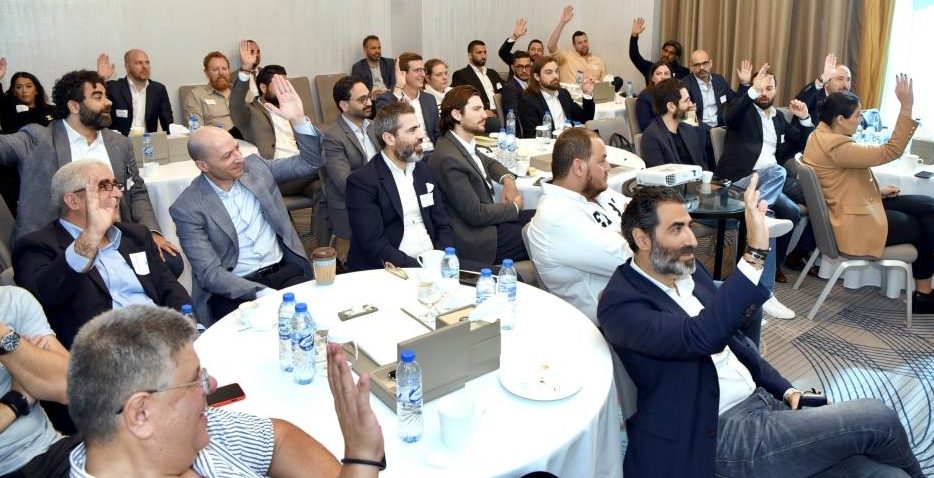 The Interactive Advertising Bureau (IAB) GCC is urging greater participation in an industry-wide study to comprehensively measure the size of the region’s digital advertising market.

Launched in October last year, the IAB’s market sizing initiative is designed to deliver an estimate of the GCC’s digital advertising market. However, involvement by industry stakeholders has so far been lower than anticipated, leading to concerns that the study will lack the necessary robustness.

“Ultimately, the output of this study, just like any study, is only as good as the input,” said Racha Makarem, Chief Executive of Starcom MENA, at the IAB’s General Assembly in Dubai. “What is fundamentally important for us right now is to ensure that we have enough members – and enough non-members as well – take part in the study. Because without a sufficient minimum sample we won’t be able to gauge the true size of the market or gain the necessary insights. So the key objective is to boost participation in this core exercise.”

Funded by the IAB via the financial contributions of industry stakeholders, the study is being carried out by MTM, which has conducted similar studies for the IAB in Europe. MTM will not only ensure the highest level of data confidentiality, but is utilizing globally accepted methodologies and best practices to provide a neutral perspective on the GCC market.

“At the core of everything we’re doing is how we can increase investments and grow the industry across the GCC,” said Makarem. “And to grow this industry we need to know how big it is. It is also important to unify the industry around one currency that is accepted by everyone. This is going to be your benchmark study and we’re hoping to refresh it on an annual basis. That’s how important it is.”

The study was one of the main topics of discussion at the IAB’s General Assembly, which was held in Dubai recently. More than 70 per cent of the bureau’s members were present, including senior management from across the advertising, media and technology industries. The results of the bureau’s elections, which were conducted by MCI Middle East, were also revealed, with the three main interest groups – agencies, publishers and tech/research companies – equally represented on the new board.

From the agency side, Dentsu Aegis Network, GroupM, MCN MEDIABRANDS, PHD from Omnicom Media Group and Starcom from Publicis Media were all elected to the new board. From the publishers, Anghami, DMS from Choueiri Group, MBC and MMP Worldwide. Amazon, Facebook, Google, Snap and Twitter will represent tech and research. Senior members of these companies will form the new board, which will run until 2022. In support of Sheikh Mohammed bin Rashid initiative to boost the UAE’s effort to enhance women’s role as key partners in building the future of the nation, the ideal IAB GCC new board is aiming at least 30 per cent female representation and diverse set of skills and experience.

The IAB obtained its licence on 9 May, 2019. Since then the focus has been on the bureau’s governance framework and the sizing of the digital ad market. This has been achieved with the help and guidance of MCI Middle East and Dubai Chamber of Commerce and Industry.

“We’ve been very focussed on getting the operational pieces in place,” said Manning. “The board’s remit was to get us to the point where we’re an independent organization that’s self-funding. That we have achieved. Now we are beginning to look at the initiatives we need to be doing as an industry.”