If advertisers spend time to understand the new mediums, they can potentially get the right eyeballs at the right price to capture the incredible amount of anticipated commercial potential this Black Friday, writes, Sandeep Ganediwalla, Redseer Consulting. 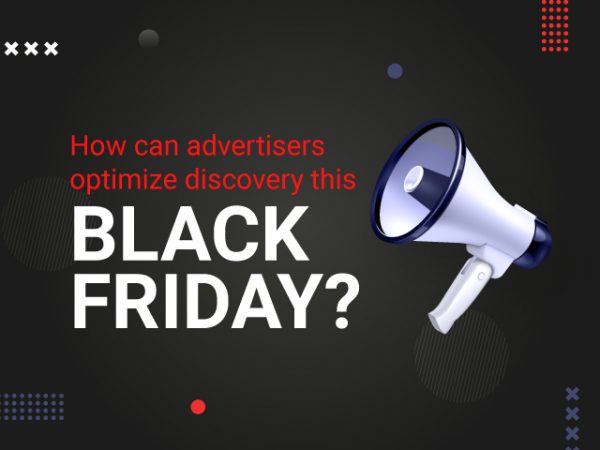 Black Friday is one of the most important events for retailers in the Middle East. Retailers have been expanding the initial two-day period and now the event stretches from the start of November all the way till mid-December. Our latest study on Black Friday shows that MENA consumers spend as much as 20 per cent of the annual online sales during this period. Last year, consumers bought 2x of what they bought in 2019. This year is expected to be even bigger as 80 per cent of Middle East consumers are expected to buy during this Black Friday period.

Last year, consumers bought 2x of what they bought in 2019. This year is expected to be even bigger as 80 per cent of Middle East consumers are expected to buy during this Black Friday period.

In such a high consumer activity period, product discovery becomes critical. Success often depends on the effectiveness of the marketing channel mix. It is becoming even more important as there are new key platforms emerging every 5-7 years with short-form being the latest medium that has gone massively mainstream.

Our research shows that time spent by consumers on a medium is highly correlated to the ad spend on that medium in the long run. However, advertisers typically take some time to understand the changing consumer trends before committing to a new medium. For example, the gap between time spent on digital media and ad spend on digital media was ~40 per cent in 2018. Now the gap has narrowed to 15 per cent and we expect this gap to continue to narrow during this Black Friday.

Advertisers that adopt new discovery mediums at the beginning of their growth can gain a significant competitive advantage. It can enable advertisers to reach their consumers in an effective manner as competition for eyeballs is typically low in the newer channels and the new mediums generally enable brands to reach a new set of consumers. Thus, effectiveness requires early adoption of consumer trends in media consumption. In the early 2000, text-based ads were relatively effective, then social and video picked up, followed by images/visuals in the mid-2010s. We also see this in the case of Influencer Marketing which is now mainstream, and influencers can earn millions per year. But this was not the case earlier with posts being paid often with merchandise.

Short-form video platforms like TikTok have emerged as THE new medium and consumers are spending between 80-90 minutes a day on this snackable content as it is perceived to be a “fun and natural” way to consume and interact with entertainment. While short-form is making waves across the globe, MENA has the advantage of being ahead in terms of favourable digital consumption metrics to support this growth. With 80+ per cent internet and social media penetration in the UAE and KSA, short-form has a strong base of digitally-savvy consumers to bank on and already accounts for ~18 per cent of total time spent on digital media.

Brands can use TikTok to improve the effectiveness of their marketing campaigns as it enables them to expand their consumer reach. For example, the fashion segment has emerged as one of the most important during Black Friday. 75+ per cent of TikTok users in UAE discovered fashion products on TikTok last Black Friday. This year TikTok users are expected to spend ~25 per cent more than non-TikTok users on online fashion. It is not surprising that TikTok users in MENA would spend $3bn shopping online during this Black Friday.

Diversification across media channels to meet your end objectives is critical given consumer habit evolution as opposed to relying heavily on a single medium. Having said that, adoption of any new platforms means learning new skills in terms of format, narrative, tracking and most importantly figuring out a fit within the existing portfolio of platforms. If advertisers spend time to understand the new mediums, they can potentially get the right eyeballs at the right price to capture the incredible amount of anticipated commercial potential this Black Friday.