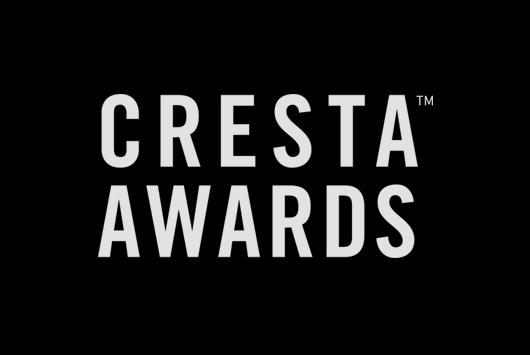 The Cresta Awards have announced their 2022 winners and the Middle East was well represented. 347 shortlists were initially announced from around the globe, including 58 from the Middle East. The total entries converted into 222 awards, of which 36 trophies were awarded to the Middle East region.

Horizon FCB Dubai was the most awarded agency from the Middle East at the Awards. The IPG creative agency took eight awards, including four Golds, for its Breakchains with Blockchain project, created for the NGO Children of Female Prisoners Association. The jury rated the work highly for its technical innovations in applying blockchain and NFT art to raise money to enable women to be freed from imprisonment for minor debts.

Horizon FCB Dubai converted all of its 8 entries into trophies, including Gold for Digital Craft ‘Innovative Techniques’, Digital Craft ‘Outstanding Digital Illustrations’, Creative E-Commerce, The Future; Silver for ‘The Wish Wed Thought of that Award’, The ‘Media Magic Award’; Bronze in Direct and the ‘OMG’ Award.

Also putting in a strong performance was Impact BBDO Dubai, which picked up one of only five Grands Prix to be awarded. The agency won for ‘The Election Edition’ project created for the AnNahar Newspaper in Beirut. On the 2nd of February, Lebanese newspaper AnNahar did not print that day’s edition. Instead, the ink and paper intended for that day were sent towards the printing of voting ballots for the 2022 Lebanese Election. The Elections Edition also won Gold in ambient and experiential.

The UAE Government Media Office took several awards in recognition of its projects to fight global hunger. As a direct entrant, it collected two Silver and seven Bronze awards for The Donation Plate, a project that used QR codes to prompt donations from diners to give a meal to a hungry person, part of the UAE’s 100 Million Meals Initiative. For the UAE as a client, Saatchi & Saatchi MEA picked up Gold, Silver and four Bronze awards for the Empty Plates project, which used blank licence plates on cars to draw attention to worldwide hunger and raised many millions in donations from people bidding to buy the unusual plates.

“Undoubtedly the Middle East is a standout region at this year’s Cresta Awards,” said Cresta president Alan Page. “The jury was very discriminating in what it gave awards to this year, so to see these projects coming out so strongly from the Middle East is a real statement of the rising creative standards of entrants in the region.”

“Across all the stand out entrants from the Middle East, what we see is a remarkable combination of big creative ideas with technical innovation that goes on to deliver real results,” commented Lewis Blackwell, Cresta CEO.

Leo Burnett Riyadh had a  breakthrough this year at Cresta with its campaign for IKEA taking a  haul of five Silvers and five Bronze, being highly recognised in numerous craft categories.

Entering from Qatar, production company The Film House – Doha took a Bronze for its film Unparalleled which was created for the Doha Forum.

The annual online festival attracts work from more than 70 countries from creative companies. Entries range from the latest digital and technology-based creative communications to more traditional areas in advertising and design.

The work is judged by a jury of more than 120 senior industry leaders, who vote independently online to establish benchmarks for global creative standards. The Cresta Awards has four coveted trophies a Bronze, Silver, Gold or Grand Prix Cresta.

The final line-up for the region was:

All the above work, and a full display of the global winners, can be viewed here.