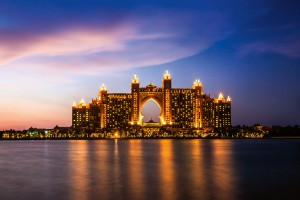 FP7/DXB has won the advertising brief for Atlantis The Palm Dubai.

The hotel launched a full-scale creative communications pitch towards the end of 2016, looking for an agency that could “execute
its multifaceted communication needs and furthermore create a long-term brand platform campaign for the way forward,” said FP7 in a statement.

Campaign understands the account had previously been ­handled by WPP’s J. Walter Thompson and FP7’s Middle East Communications Network sister company MullenLowe for at least a year, and both agencies are believed to have competed for the account in this most recent pitch. Atlantis’ media is handled by Magna, also an MCN agency.

“It has a great story that needs to be told to young and old, and its hospitality offering really serves every kind of taste and age. There is truly nothing like it.”

He added: “We are delighted to be partnering with Atlantis and their great team. Our team is working on really exciting ideas and we can’t wait until they hit the market, so watch this space.”

Hanan Eissa, marketing director of Atlantis The Palm Dubai, said: “The Atlantis team is super excited to be working with FP7 as our communications agency on Atlantis,
the Palm.

“They have such a great platform idea for the brand and we are really looking forward to bringing it to life across all our channels and markets. It’s going to be a great partnership for 2017 and beyond.”

In January Atlantis appointed Brazen – a UK-based PR agency that expanded to Dubai in 2015 – to handle publicity for its bars, restaurants and lounges.

As well as more than 20 food and beverage outlets, including Bread Street Kitchen & Bar, Nobu an Ronda Locatelli, Atlantis is home to the 17-hectare Aquaventure Waterpark within its 46-hectare site. It holds more than 65,000 marine animals in its lagoons and displays.

FP7 is part of McCann Worldgroup, itself a subsidiary of the US-headquartered holding group Interpublic Group of Companies.

It is the flagship agency of Middle East Communication Network, headquartered in Dubai.