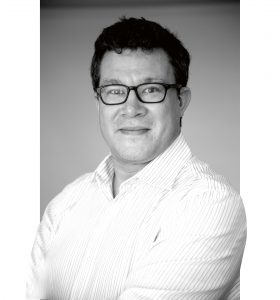 June has been a month of travel like I’ve not known since before the pandemic. I’ve been out of Dubai twice, which is a lot by my standards. First to Riyadh for our inaugural Campaign Saudi Briefing, and then to France for the return of the in-person Cannes Lions advertising festival.

Despite a few thousand miles of distance, the two trips weren’t that different in some ways. Both were industry gatherings, chances to hear smart people talk, to meet old contacts and friends, to make new ones, to gossip, to argue, to catch up, to be among peers and share ideas and insights and remember that the industry we work in is a community as well as a business.

And while a few years ago Cannes and Riyadh would have seemed like chalk and cheese, many of the conversations I was part of or privy to in both places were the same. Even down to the people taking part in them. I have now heard Publicis KSA chief creative Mohammed Bahmishan explain the impact of Vision 2030 on Saudi Creativity on one continent, and go toe-to-toe with regular Campaign columnist Ramsey Naja over the region’s success at awards shows on another. (And I’d happily hear his insights again and again on any continent. An Antarctic panel on GCC talent? I’m there.)

Each of the events – the Saudi Briefing and the Lions – had its themes. In Saudi we heard about audio, talent challenges, conversational commerce and the battle for people’s attention. In Cannes there was focus on the metaverse, on purpose, on diversity. (We are going to press now mere days after the end of Lions, so look out for the next issue when we will have a much more in-depth look at all that went on there, including that small matter of two Grands Prix.)

But for me the unifying theme of the two gatherings was how much the people there relished getting together. Our event in Riyadh had about double the number of attendees we had expected. From junior creatives to regional CEOs, people came from local agencies and flew in from neighbouring countries to come together and spark off one another. I felt incredibly proud of that event that the Motivate team put together, as I really felt it was helping build a community that we can all be proud of, in a country that is making huge leaps every month and deserves all the attention we can give it.

In Cannes there weren’t as many big announcements as in some previous years (agency X is pulling out of awards for a year; client Y is taking all its spend online), but there was a feeling of celebration and relief that the worst of the past few years is now behind us and that now, no matter what happens with the global economy and geopolitics, at least we can talk about it in person rather than over Zoom.

The MENA region had a good time on stage, too. Perhaps we didn’t take home as many Lions as in some years, and perhaps some networks missed out. But when people asked me what the creative scene in the Middle East is like, I didn’t have to start with a potted history of media and advertising around the region. I could simply point to two Grands Prix and say that’s what we are doing.

Or I could point towards the SRMG cabana where a steady stream of international attendees hoovered up information and asked themselves why they’d only now thought more about pitching for work in the Kingdom. Or I could tell them to attend Khaled Al Shehhi’s talk on why Dubai leads the world in government communications.

Once the region went abroad to see people; then people started coming here to see what we could do. Now we are taking the show to them.