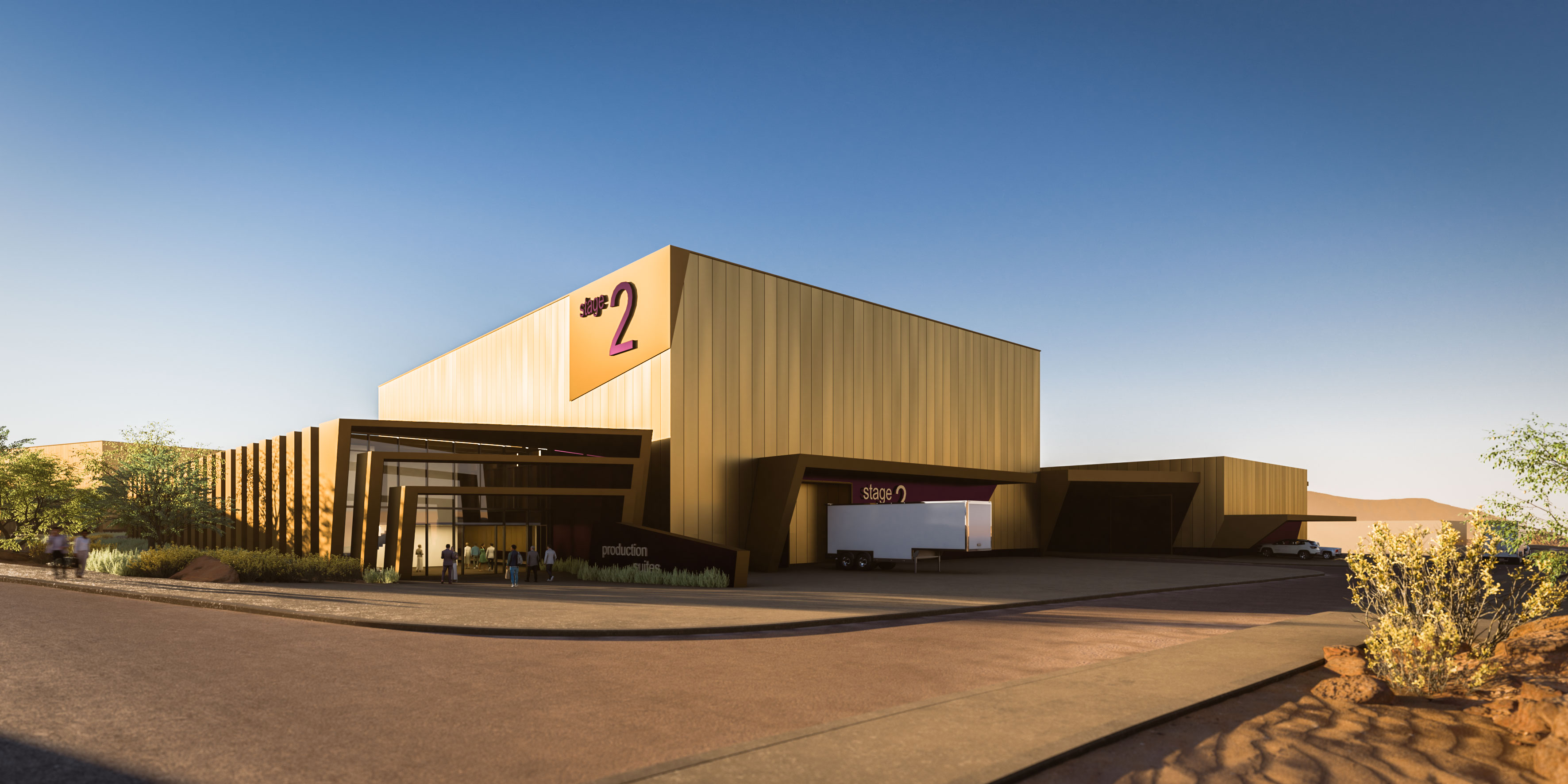 Film AlUla, the film agency of the Royal Commission for AlUla (RCU), has begun construction of a studio complex to kick-start the next phase in north-west Arabia’s emergence as a regional hub for the screen sector..

Completion of the complex’s first phase, encompassing approximately 30,000 square metres (330,000 square feet), is targeted for the fourth quarter of 2023. The first phase of the complex will include two  soundstages, production support buildings, workshops, a pyro/sfx building, catering facility and admin building plus a 6,500 sq m backlot and a sound recording studio. The complex will also be near 12 square kilometres of dedicated outdoor shooting locations that showcase AlUla.

Charlene Deleon-Jones, executive director of Film AlUla, said: “AlUla is a thriving center for arts, culture and heritage. With the film and screen sector of central focus the first phase of this studio complex is carefully planned and part of a much larger programme of infrastructure development.”

She added: “This complex will satisfy the growing demand from regional and international producers to shoot at AlUla, while also supplying an epicentre for our production ecosystem. The studio complex will diversify AlUla’s economy, in line with the objectives of RCU, as we build a home to nurture Saudi talent in the screen sector for generations to come.”

Details of phase one of the studio-complex project are as follows:

As an indication of the attention to detail that has been brought to this project, Film AlUla engaged the US-based live-experience company Tait to ensure that the production experience at AlUla would be thoroughly uncluttered and comfortable, including during the summer months.

The studio complex will be 14 minutes from the Film AlUla Residence, which has 300 rooms, restaurants, recreational facilities and office space for industry professionals, and 20 minutes from AlUla International Airport, which recently opened a hangar for private jets. The studio complex lies outside the airport’s flight path.

Phase two of the master plan is in the planning stage and will be revealed in the second quarter of 2023.

Saudi Arabia offers a cashback rebate of up to 40% for international and local feature films, television series and documentaries that shoot in the Kingdom.

Film AlUla has hosted 694 production-days since opening in 2020. Movies have included Kandahar, directed by Ric Roman Waugh and starring Gerard Butler, which was the first major Hollywood feature to shoot almost entirely in AlUla; the Iraq war story Cherry, starring Tom Holland and directed by Anthony and Joe Russo; and Norah, the first Saudi feature film to be shot at AlUla and featuring an all-Saudi cast and over 40% Saudi crew. In addition, many TV productions have filmed in AlUla including the British series Expedition with Steve Backshall and Nat Geo documentaries, along with commercials, promos, photo shoots and short films.

At this year’s Red Sea International Film Festival, December 1-10 in Jeddah, Film AlUla is sponsoring the Film AlUla Audience Award and the Film AlUla Best Saudi Film Award, each with a prize value of $50,000. This is part of Film AlUla’s wider mission to boost the creative and cultural economies by providing opportunities for young creatives in the screen sector.