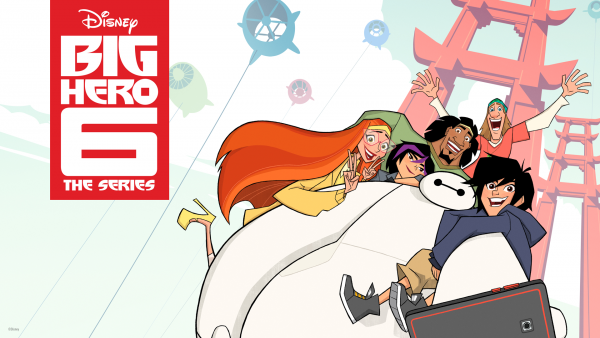 From 2018, shows will be available in Arabic, opening up the popular TV channel to a larger and more diverse audience. The exciting announcement follows the exclusive release of much-loved animated television series, DuckTales and Big Hero 6, on Disney XD in April, this year.

Children and teens will be able to experience some of Disney XD’s outstanding roster of animated and live-action shows in Arabic. This means series such as the beloved Marvel’s Spider-Man, Star vs The Forces of Evil and the new Big City Greens; will all be available to watch in Arabic. However, in true Disney style, no one will be left out as there will still be the option to continue watching in English.

Disney XD’s content has already proved a huge hit with viewers this year, especially with the reboot of the iconic classic American animated television series, DuckTales, where Scrooge McDuck reunites with the legendary Donald Duck. Scrooge McDuck goes on a must-see adventure with Donald Duck’s three nephews Huey, Dewey and Louie for the day. During the expedition, the young boys try to unveil the reason for their uncles’ broken relationship, and the mysterious disappearance of their mother and her twin sister. The action-packed and hilarious show, gives a modern take on the original tale while staying true to its roots. Famous British actor, David Tennant, is the voice of Scrooge McDuck, with Louie Duck voiced by Saturday Night Live star, Bobby Moynihan.

If that is not enough, fans of the award-winning Big Hero 6, the movie, can find out what happens next to the loveable characters on Disney XD. Audiences have not been able to stop themselves from laughing and ‘aww-ing’, as the sequel continues the story of tech genius, Hiro Hamada, and his robotic pals. Big Hero 6: The Series follows the journey of Hiro and his friends, as they form a superhero team, to protect their city from scientifically enhanced villains. The famous voices of Big Hero 6, the movie, have returned for the sequel series, which includes the talented Ryan Potter as Hiro Hamada, Scott Adsit as charming robot Baymax, and the iconic Saturday Night Live alumni, Maya Rudolph, as Hiro’s Aunt Cass.