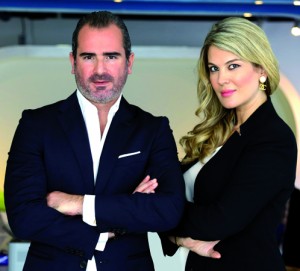 Rudolf and Zoya Sakr Jabre say native advertising will be a mainstream video marketing tool in the year ahead.

On 23 April 2005, Jawed Karim, the co-founder of YouTube, uploaded the site’s first video, ‘Me at the zoo’. It garnered 18,488,444 views over the years… but, well, it wasn’t great. Fortunately, since that fateful day, YouTube has seen far greater video hits, from music entertainment, such as Psy’s ‘Gangnam Style’ (over 2bn views), Miley Cyrus’s ‘Wrecking ball’ with (723mn views), and our own Nancy Ajram’s ‘Mashy Haddy’ (39mn views), to comedy (Sa7I, 200mn views), and odd human interest videos (‘Charlie bit my finger’, 798mn views), and brands, such as Dove’s ‘Evolution’ (17mn views) and Evian’s series of “Roller Babies’, ‘Baby Inside’, ‘Baby & me’ (which collectively reached over 300mn views).

One thing is for certain: people really enjoy watching video content. And that is especially true of the Middle East. We all know the stats that support this statement: amongst the 6bn hours of videos watched each month on YouTube, 80 per cent of traffic is generated outside the US, particularly from the Middle East. Our region’s daily consumption of videos exceeds 280mn per day. In Saudi alone, there’s an astounding 190mn views each day, which ranks Saudi Arabia #1 globally in YouTube views per capita. Two hours of content is uploaded every single minute from our region. As for mobility, 50 per cent of YouTube views in Saudi Arabia, and 40 per cent in UAE are now via a smartphone or tablet.

For a while there (about four to five digital years), most brands considered it was enough to produce a TV commercial, deploy it on YouTube, and tick the video content marketing box. Not anymore. Interrupting advertisements and flashing banners are quickly becoming obsolete. Things are changing faster than a pre-roll run, and advertisers and marketers must be more agile to keep up.

First, we witnessed the emergence of micro-videos. With their shorter format, disruptive creativity, they can offer brands more engagement potential than traditional online video on platforms such as Instagram, Vimeo or Vine that are becoming more popular by the hour.

This trend, coupled with a screen-agnostic approach from marketers (we are all thankful the online-offline marketing debate is winding down!), leads to a focus on maximising audience reach, and a need to work out compelling creative assets.

And speaking of creative assets, we also witnessed a new trend in native advertising that early-adopter brands and advertisers stand to benefit a great deal from, not to mention that it also offers a lucrative prospect for publishers. Media outlets – the likes of New York Times, Vanity Fair, as well as news website like Mashable – started running native advertising from mid-2013.

We’ve been doing native advertising for nearly a year as well. To date we’re the only online video publisher with such capabilities in the region – so we’re still learning, testing new models, and striving to improve our offering, but the advantages are clear to everyone, especially to brands.

Native advertising works because it delivers content in a fluid manner without disturbing the users’ experience. As a result, not only is the consumption of native video ad content and video editorial content similar for the users, but there’s hardly any difference in the social behaviour as well: people are very likely to share it with family and friends.

Most importantly though, for the brands, they can control the content placement to make it as targeted as possible, and create deeper engagement with their users and customers.

They can also produce HD quality content to their exact specification, conveying the attributes and aspirations of the brand, in a manner that is authentic to the brand and feels natural to the users. More-over, this content can be deployed on any device and format, and it can be syndicated across a robust network to maximise its reach and attain scale.

These advantages offer unique opportunities to brands to reach their target audiences – especially in view of the growth we witness with mobile traffic, and also the ability to build a clear and meaningful differentiation in a digital space that is increasingly fragmented.

The digital world can be unpredictable, but we’re certain native advertising will be a mainstream video marketing tool in 2015. 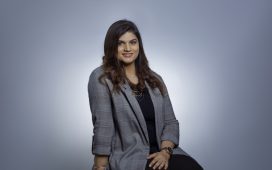 Is your brand even relevant if it’s not on the video content bandwagon? By Socialeyez’s Ambreen Kazi