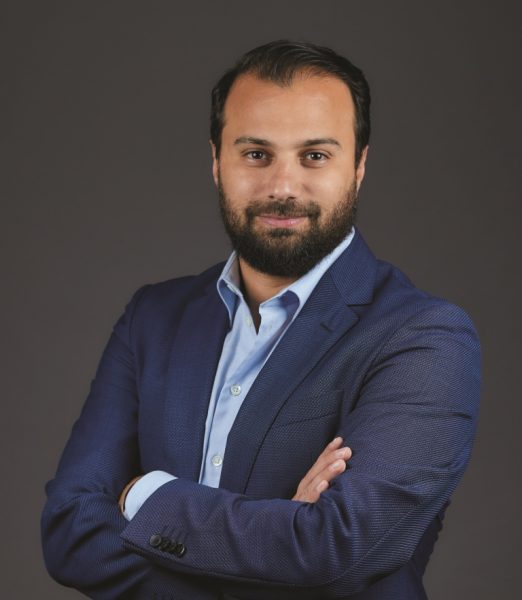 Who would choose to be a human today? We’re getting a raw deal whichever way you look at it. Our wits, skill sets and even emotions are constantly pitted against the machines. After all, aren’t artificial intelligence, machine learning and a league of mutinous robots all destined to surpass us in terms of acumen and understanding? Isn’t technology out to take our jobs and make the human race essentially obsolete?

It’s a narrative worthy of Spielberg’s next sci-fi fantasy, which is probably why this thinking will never truly be discredited; we enjoy the drama too much. If anything, this tired argument gains traction as economic struggles intensify, unemployment rises and a general sense of discontent festers. When the going is tough, we’re eager to lay blame wherever we can, and in our industry the digital revolution becomes the most obvious place to start.

We’re hardwired to resist change; it’s uncomfortable and disruptive, two things we as humans fear the most, which is perhaps why the fourth industrial revolution has caused such a mix of excitement and anxiety. There are those who still consider, for example, that the creation of programmatic has removed the human element altogether. That’s obviously not the case, but try telling that to the naysayers looking to demonise technology’s role in helping us adapt, evolve and ultimately thrive.

As the division of labour between humans, machines and algorithms continues to shift, the World Economic Forum forecasts that for the 75 million jobs that may be displaced by 2022, some 133 million jobs could be created instead.

Given what we’ve seen already, it’s only logical that technology will continue to evolve the working world, creating new roles and opportunities we don’t fully grasp or appreciate yet, but are important nonetheless in helping us progress. I’ve seen humanity touted as the next big trend in tech, but in truth the human element has always been essential to ensuring this technology succeeds. Man and machine must work together, with the former taking the lead in how strategies can and should be deployed.

We have a tendency to place technology in silos, using it by habit rather than choice and, as such, we’ve become accustomed to its presence in our lives, complacent with its current capabilities, when we should be pushing ourselves to use it as a tool for innovation and precision, helping us achieve more profitable outcomes overall.

Regionally, we’re ahead of the curve in understanding the impact that new and emerging technologies can yield, investing heavily in AI research and development. It’s a smart move, given the global shift to a more digitally native way of living and working, and one we are already seeing rolled out across the GCC, with everything from advanced e-gates at airports to improved connectivity across the public transport network.

Still, what we need to remember is that AI isn’t an exact science or, as we’ve seen, free from flaws. It’s still in the beta phase (arguably just like us, when you think about it) and can be risky, humorous and everything in between on any given day. Uber’s self-driving car accident is the most tragic example; Google’s image recognition software displacing a man’s face onto a mountain peak is perhaps the most entertaining.

What it does illustrate is the need for guidance is still paramount; essentially these machines are learning by our example. The technology we end up with will be a by-product of the people who monitor, guide and instruct it, which is why ‘the human factor’ continues to be the most important element we have at our disposal.

However, the tide is starting to turn. Businesses are realising that for them to optimise their tech investments, they need to start hiring more talent in specific fields. As such, it won’t come down to current proficiencies; the focus will instead be on finding these agile hires that can acquire new skills regularly to keep pace and manage these technologies better.

At the end of the day, it’s not like the limited technology we engaged with in the past. Remember the good old days of VHS? It’s a decent analogy for how much things have changed; once we were happy to sit back and let things unfold, whereas now we are in a continuous loop of anticipating, interpreting and making conclusions based on the data laid
before us.

Theoretically speaking, much of what we see today is an automated process, but in reality there is no ‘handbook’ that can guide this technology’s use, especially when it comes to advertising. Each campaign that goes online has its own set of characteristics and a dedicated set-up process, which needs to be monitored on a regular basis to achieve the desired result.

We’re all guilty of overestimating technology’s potential at times, just as we’re quick to highlight its shortcomings. Yet neither one of us, man or machine, is perfect. The only future worth considering is one where collaboration rather than competition is allowed to thrive. Ignore humanity at your peril, because I’ll tell you this: We are the missing link that will make all the difference.