The Dubai Lynx Advertising Person of the Year is no stranger to awards, but BBDO boss Dani Richa tells Austyn Allison why everything stems from the best talent creating work that works for the right clients 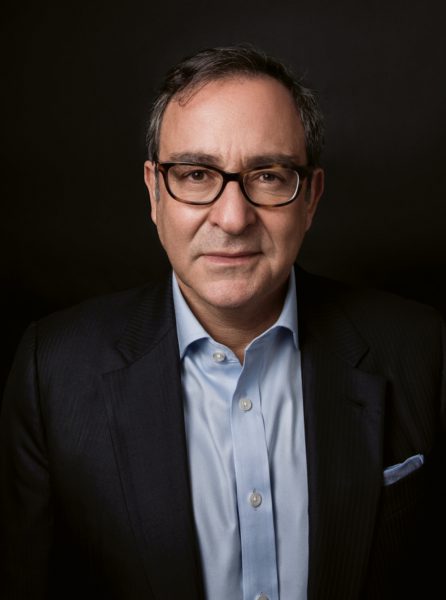 “It is very important for us to do great work that is famous, that works, that builds our clients’ brands, and if it wins awards that’s fantastic,” says the chairman and CEO of Impact BBDO Middle East, Africa and Pakistan.

BBDO Worldwide has an oft-quoted mantra that its success is down to “the work, the work, the work”, and Richa points to Clemenger BBDO Melbourne’s 2017 multiple-award-winning “Meet Graham” campaign for road safety as an example of what he aims for.

“That by itself made that agency Agency of the Year at Cannes,” he says. “It was one big campaign that is absolutely amazing and works on every channel.”

More to the point, people talk about that sort of advertising.

“I would much rather be at a dinner with the table behind me talking about a piece of work that we have done and saying how great it is, or someone not knowing we’ve done that piece of work and sending it to me on WhatsApp,” says Richa. “That’s almost as rewarding as winning a Gold award. Probably more rewarding.”

“We want to do famous work,” he says again. “Awards are a result of that, not an objective in itself. The objective is to do great work.”

Dani Richa will this year be honoured as the Dubai Lynx Advertising Person of the Year. Last year he saw Impact BBDO named Agency of the Year, and BBDO Worldwide was crowned Network of the Year.

However, he adds that the company would rather win “more awards with bigger, more famous campaigns than on points. Less, but more.”

He and Impact BBDO’s new chief creative officer Paul Shearer, who joined the agency from Memac Ogilvy at the start of the year, are “on the same wavelength” on this, he says. “That’s the reason he was a good match.”

As Shearer comes in, former executive creative director Fadi Yaish has left. For the past five years, Yaish helped drive the agency’s creative credentials. But Richa’s agency is more than one person. “There’s BBDO on the door,” says the CEO, and points to the network’s consistent dominance of global agency rankings. “It started before Fadi and it will continue after Fadi. Paul is someone who has taken leadership of the Dubai office, and he’s not someone who is not into doing great work. This comes back to the creative agenda and us being about the work, the work, the work.”

Richa himself started out 32 years ago as a creative, an unusual start to a career among the heads of big agencies in the region. He joined H&C Leo Burnett in Beirut in 1986 but quickly moved to Impact BBDO. Apart from a year at Publicis Graphics, he has been there ever since. In 2009 he gave up the creative side of his work to take the position he holds today.

Although he says the last time he worked on an ad was last week, he also admits: “It’s no longer my job to do ads, but being a creative at heart, for me driving a creative agenda is absolutely key, and being involved in the work and making sure the work is where it needs to be is something I continue to make a priority.”

He does this by having the right people in place, “people who are far better than me”, he says. “Make sure with those people you are retaining them, empowering them and giving them the resources and the means that they need.”

He adds: “It is very important to create the environment where they can flourish and do great work.”

Attracting talent is the biggest issue for the industry today, says Richa. Especially local talent. “We pride ourselves in having 50 different nationalities in our Dubai office,” he says. “But I’d be 100 times happier if the agency was all Emiratis – or all Arabs, because Dubai is a hub and caters for the region.”

About two years ago, Impact BBDO began moving away from primarily recruiting advertising graduates and those with experience at other agencies.

“I made it a point in our HR strategy that half the people we hire should be from outside the industry,” says Richa,. Although the agency has not reached that target yet, it is getting there. Richa says that today he might look to hire people with tech backgrounds, people from the entertainment industry or journalists.

“Before, if we were looking for a copywriter, the first thing we’d look at is how many years he’s had at what agencies,” he says. “Now, on the contrary, we are looking at people with publishing experience. We are as much as possible widening our circle.”

Changes in technology mean that creativity is no longer confined to the creative industries, allowing Impact BBDO to focus on diversity in its recruitment.

“Whether we have someone coming from another agency or another country or another industry, the starting point is: do they share our values?”

BBDO Worldwide lists 10 values the network looks for in a potential hire: makes the work better; clients love them; ‘we’, not ‘me’ oriented; is a hand raiser, not a finger pointer; is a radiator, not a drain; presents well; possesses healthy paranoia; is a closer; bounces back; does the right thing.

That list is shared across BBDO’s global network. But, as with “the work, the work, the work”, and Richa’s description of BBDO as a “global boutique”, when you ask him if these philosophies are his or BBDO’s, he replies: “We are one and the same. I sit on the worldwide board.”

To let staff flourish and make outstanding campaigns, the right clients mean as much as the right environment. They must want the same thing as their agency.

“You’ll often find us saying no to business and waiting for an opportunity in that same category where we can find a client who would want great work,” says Richa.

He won’t reject a client outright if they are reluctant to take risks immediately, but the agency looks for potential and appetite to do great work.

When BBDO does take on a new client, the next step is “creating partnerships with those clients, earning the trust of those partners and then slowly pushing the envelope”.

To make work that works, clients must be prepared to take risks, and Richa says: “One of our clients recently said that the biggest risk would be not taking the risk.”

Work that is daring and different and stands out, though, must be based on strategy and data. “When it does achieve business results then you have the confidence to do more and to push further,” says Richa.

He jokes that the reason he got chosen by Dubai Lynx as the 2018 Advertising Person of the Year is that, “If you stick in there long enough your turn will come.”

But he explains: “It’s not just the years, it’s the consistency. It’s really keeping your eye on the things that matter year-after-year, focusing on the work, focusing on being surrounded by great people that lift you up, people that are better than you in every way. There are many handicaps – sometimes economic, sometimes cultural, sometimes regional. You say there are things you cannot change, such as the economy and certain things about the geographies that we work in, but the things you can change you focus on changing. If you set your own standards and do not work to the standard of others, then you push up the standard and you raise the ceiling in the region.”

That’s what Richa has been doing for three decades with Impact BBDO: raising the ceiling.