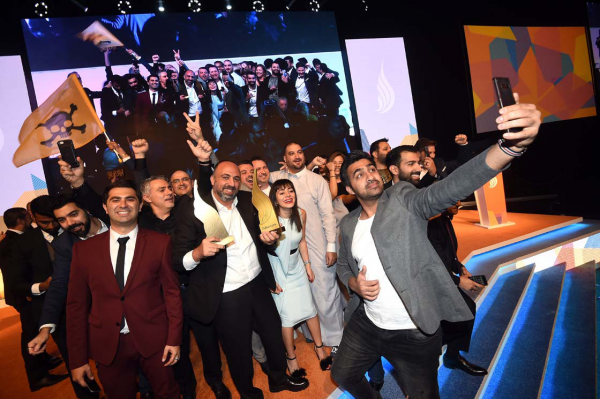 It was TBWA’s year at the 2018 Dubai Lynx awards, held at Dubai’s Madinat Jumeirah on Wednesday, March 14.

TBWA\Raad Dubai won agency of the year, making TBWA Worldwide network of the year. Ramzi Raad, the founder and group chairman of TBWA\Raad Middle East, was heard to remark on the night that as the agency turns 18, it has come of age.

“I am extremely proud of the team, which has consistently produced great work that is both disruptive and innovative,” said Reda Raad, CEO of TBWA\Raad. “These wins are confirmation that we are providing our clients with a truly competitive edge, producing real work for real brands that is at the cutting edge of creativity.

“We’ve created something to be proud of at TBWA\Raad, which is a creative culture capable of consistently producing exceptional work. What’s more, with renewed energy we have shown that we are at the top of our game. I would like to thank all of the people and clients who have helped to make this possible.”

Chief creative officer Walid Kanaan said: “What a magnificent sight it was to see clients and agency standing together proudly on stage and holding the prestigious trophies. This is as real as it gets, one team of creative believers, who shares the same passion, the same vision, and the same glories.”

There were no Grands Prix awarded in Print & Publishing, Print & Outdoor Craft, Design and Integrated.

Impact BBDO Pakistan was second in Agency of the Year, while Y&R Dubai was third.

McCann Worldgroup was second in Network of the Year, with BBDO Worldwide in third.

OMD Worldwide was Media Network of the Year, followed by Mediacom and then Magna Global and PHD Worldwide, tied for third place.

The Golden Palm Award for the most awarded production house went to Good People Films, followed by Made in Saudi Films and then Dejavu.

The full list of winners is at www.dubailynx.com, where you can also see the work.