Can print media survive the digital onslaught? – by Waseem Yakdi

Instead of battling with digital devices, it’s time for print media to join hands with the same devices that it has been rivaling for years. 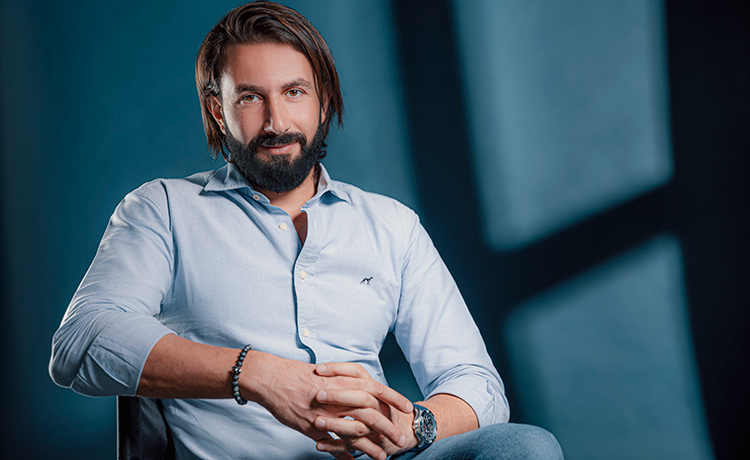 The digital transformation is gradually resulting in the demise of the print media. But will the print media soon become a museum piece or it will prove to be resilient in the face of digitization? This battle between print and digital has been immensely one-sided, and the clear winner needs no announcement.

Though the future of print media seems bleak, there is always a light at the end of this despondent tunnel. There will be always people on earth who love the touch, feel and smell of paper, the people who’ll never let the print die. The tangible quality of printed media taps into consumer’s ‘touch memory’, which is the most lasting and effective form of emotional connection.

As long as the demand for print exists, the print media has to be innovative and reinvent itself to fight the uphill battle with the digital giants.

Why AR is a big leap in the publishing sector?

A ray of hope comes from Augmented Reality (AR), which uses technology to “bridge the gap” between the digital and the real world, thus preventing potential and incurable fracture of the print media. AR technology has the power to unite the best aspects of both print and digital.

AR takes the dullness out of the print media, and enhances it with audio-visual and interactive 3D animations. Digital Technologies are no longer a rival to print media when it comes to AR. What even more interesting is that print campaigns can utilize AR to get an upper hand over their competition. Print media has been battling digital devices with very little success, yet, with AR, it now can utilize these same devices to strengthen and complement print business campaigns.

The frequency of value obtained from AR learning is higher as compared to the traditional approach. Moreover, by using the augmented reality, the businesses can best reach their targets. The AR technology is gaining momentum for the people who aren’t interested in reading from a flat-screen tab, mobile or laptop, the ones who are concerned about the impact of paper on the environment, and also the publishers who don’t want to lose their market share to the digital lobby.

A print ad connected to the Social Media page

There are so many examples which make us believe that the digital age has not killed the print, but has given it a new life. One of such example is an innovative initiative launched by a Brazilian creative agency, DM9DDB, which partnered with Microsoft to embed a chip in a print ad for a fashion store. After registering with the fashion store through Facebook, the customers get a copy of the magazine which contains an ad of the fashion store. The readers just have to touch the “Like” button on the print ad, and the “Like” was instantly recorded on their Facebook timeline. These “Likes” were also transmitted straight to the fashion store where the real-time results were displayed for each item hung on special hangers with a real-time digital read-out of the number of “Likes”.

Several print publications face the challenge to draw in youth readers. A Japanese newspaper decided that the ideal way to get the attention of young people was to meet them where they are. After thorough research, the Newspaper found that young Japanese are buying a lot of water bottles every day. This gave the newspaper an idea to print a summary of its news on the bottle wrapper, along with a QR code that enabled the youths to get real-time updates as well as more in-depth news.

The paper also sold advertising on the wrapper, which reduced the bottle price to a level affordable by young people. As a result, the newspaper sold an average of 3,000 bottles each month at each sales outlet. The experiment proved to be highly successful and the newspaper started receiving inquiries from advertisers.

Print as the doorway to interact

Another example of an innovative and creative marriage of print with digital is how Nivea, the global skin and body care brand created a print ad with a tear-off bracelet having a Bluetooth chip. This bracelet could be tied around the child’s wrist and linked to an app. The moment the child goes beyond a pre-set distance, an alarm will ring on the app screen which will also show parents the exact location of their child.

Not missing a beat, Nivea solved another consumer need: the brand created a print ad that powered mobile phones. Nivea told beach-lovers they don’t have to leave the beach because their phones died (plug into their print ad) or they were sun-burnt (use Nivea cream). Nivea affixed a wafer-thin solar panel to one side of a print page and on the other put a phone plug so readers could charge their phones as they lathered up with sunscreen.

The power of “TWO”

The fight between print and digital will continue for years to come, and I am sure that the digital revolution can never replace the print. Perhaps, they will continue to work best in a symbiotic relationship. The recent Print in a Digital World Trend Report explains that “we are in an information revolution, powered by the intersection of two of the most commanding knowledge transfer mechanisms of our time”.

The report focusses on the potential of the “benefit from the amalgamation of print and digital.” Understanding the importance of both, the brands are now exploring the ways to complement print advertising with digital marketing by allowing them to work together. If you coordinate both carefully, you’ll churn out a marketing strategy that’s greater than the sum of its parts.