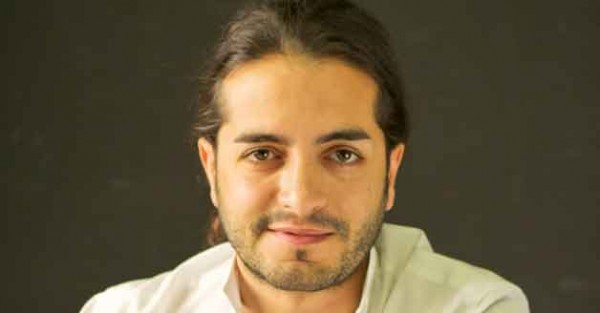 Lebanon is probably at the top of the list of countries in the world with a population living outside its borders that vastly exceeds the number of people living within its borders. The ratio is huge; reports speak of 4.5 million people in Lebanon, with more than 18 million living outside the country. You can call them expats, or emigrants, or even refugees, but at the end of the day no matter what the designation, or the reason, the numbers don’t lie.

Yet I caution you not to be fooled by all the emotional poems and lamentations we read in reports and articles on a regular basis. It is not as a result of war, or persecution, or fear that an entire Lebanese population has been looking for a home-away-from-home throughout the ages.

The reason behind this enormous flux – the so-called ‘brain drain’ – is far simpler than that. People are looking for opportunities outside because of the country’s size: Lebanon and the Lebanese market are basically too small.

This also applies to our industry, which, like any other industry, responds to the market dynamics of supply and demand. The supply of talent in Lebanon, pre-programmed to work in various advertising and communication fields, is far greater than the demand. Every year the country produces a new supply of ambitious, fresh graduates; people ‘produced’ by the five or six universities proposing curriculums linked to marketing, advertising and creative careers. Accordingly, in a market estimated at around $150 million a year (advertising and media spend), you don’t need a calculator to do the maths: there are way too many people available for the local market to accommodate, so it is only normal that people seek opportunities abroad.

The big question that remains then is: are the brightest of the crop flying away, leaving Lebanon drained of the best and resourced with people of more average ability? For me the answer is a resounding no.

As a metaphor, I’d like to look at the Lebanese brain as an export product, just as wine is to the French economy. France produces vastly more bottles of wine each year than its domestic audience can possibly consume. As a result, you have approximate 1.5 billion litres of French wine being exported every year across almost every country in the world.

Like the Lebanese brain, exported French wine is neither the very best nor the very worst of vintages. It is effectively a vast array of all shapes, sizes and colours of bottles and varieties from all the regions across France. And they are being sold in the poshest restaurants and value-driven establishments around the world. Those exported billions include some of the best, most expensive bottles of wine that you can find and would pop to celebrate an important event, to some of the cheapest, quaffable sips that one swigs at the end of the month, when the financial purse has run somewhat dry.

In the market of advertising and communication talent, which is looking for new opportunities (mainly in the Gulf), you will similarly find all varieties of Lebanese ‘produce’ available, from the best award-winning creatives, to the greenest of new designers. Some of them are very expensive and demanding while others are more affordable and easier to get hold of. Some will shine brightly and some will fail miserably.

Meanwhile, back in Lebanon you’ll still see some of the prized grand cru talent in great jobs with commensurate salaries, as well as other vintages, working in less experienced companies. If you were to dig into the details, it would not surprise me to see the same ratio at play in any expat community, anywhere in the world.

But there’s another, crucial point to make. It would be totally inaccurate and rather naïve to assume the produce is only flowing in one direction. Each year a large number of Lebanese expats make the decision to return home for professional or personal reasons. The reasons are not always rational, but there is a constant supply of prime Lebanese brains trained and tested in tough environments, bringing back with them invaluable experience and honed expertise, which significantly improves the local advertising market’s sommelier blend of skills and knowledge.