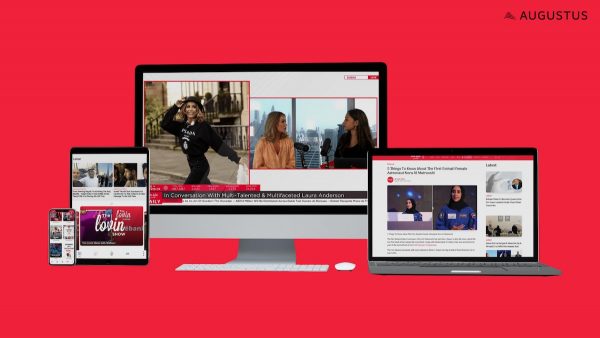 Augustus Media announces the launch of local lifestyle brand ‘Lovin’ in Pakistan with  Lovin Isloo. With its core-millenium focused media brand Lovin based in UAE and KSA, Augustus Media has taken this opportunity to expand across territories.

For the latest city, Lovin Isloo will cater to the population of Pakistan’s capital, Islamabad. Journalist Bilal Syed and his team are set in motion for its launch on 1st August across social media platforms including; Instagram, Facebook, Twitter and LinkedIn. Additionally, in the near future Lovin is set to launch as Lovin Lahore and Lovin Karachi.

“It’s been our intention to expand Lovin as the leading local news and lifestyle platform across the region, today we are delighted to launch new cities in the UAE and KSA, to build on our presence in these markets, and also at the same time enter in our first partnership for Pakistan.

A country of over 200 million people who have a huge appetite for news along with many untold stories of city life. And luckily in Bilal, we have found someone we know and trust through previously partnering together on Lovin Dubai. We are very excited to start out in Islamabad with Lovin Isloo with a view to eventually launching in Lahore and Karachi as well,” said Richard Fitzgerald, CEO Augustus Media.

“I am very excited to be running this joint venture with Augustus Media. I started Lovin Isloo because I believe the city has so much to offer and yet a lot of people are unaware of that. Later, with the expansion of Lovin Lahore and Lovin Karachi, I want to be able to make life easier for the local Pakistani audience in finding out information for each city respectively while remaining informed about the latest details individually. We at Lovin Isloo also want to become a voice for issues that still remain at large for the Pakistani audience, through positivity. This venture will definitely be a game-changer in the Pakistani media industry” said Bilal Syed, Lovin Partner Pakistan.

Lovin is a local news and lifestyle brand that holds a strong belief in presenting a positive view of its city, town, country or community.