Strategic communications institute to be headquartered in Saudi Arabia. 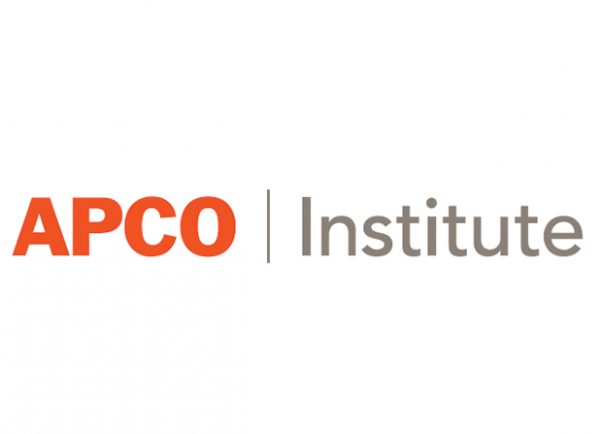 APCO Worldwide launched the APCO Institute, a new educational resource for training and development programs designed to enhance the skills and knowledge of professional communicators and those interested in entering the profession. Set for a global rollout, the APCO Institute will be headquartered in the Kingdom of Saudi Arabia, with offices in Washington, D.C., London and future selected sites in the Middle East and North Africa (MENA) region.

The APCO Institute will be initially deployed in Saudi Arabia, with a holistic series of programs designed to meet the emerging needs of the Kingdom’s growing communications industry and further enhance the Kingdom’s socio-economic transformation being driven by Vision 2030.

APCO’s new institute, which is slated to begin in the second half of 2022, provides a full suite of practical and customizable communications, public affairs and public relations training and workshops, delivered by APCO’s senior leaders and selected guest lecturers from around the world.

The APCO Institute focuses on building strategic communications capabilities to empower Saudi’s professional communicators with the tools, knowledge, exposure and international best practices to meet the growing demands on communicators to reach audiences locally and internationally as the Kingdom undergoes unprecedented growth. APCO Institute will also be available to partner with Saudi-based and leading universities to offer unique curricula to students pursuing careers in the media and communications industries. There will also be selected workshops aimed at senior business professionals to help them realize the potential of communications as a functional tool to help meet business objectives and anticipate potential crises.

“With reputations at stake and information available like never before in the digital age, with every message or tweet capable of reaching the entire world in a matter of seconds, the role of strategic communications has never been more important for building trust, displaying transparency and building public reputation,” Founder and Executive Chairman Margery Kraus said.

“Saudi Arabia today is an exciting and dynamic place, which has a world of possibilities before it as it accelerates efforts to become one of the world’s most competitive economies. And with this new service, we are setting out to help the Kingdom’s professionals realize the power of effective communications and its immense potential in the next phase of transformative growth,” Kraus added. As the Institute grows, APCO plans to add participants from other parts of the region and the world.

Since APCO Worldwide commenced operations in Saudi Arabia in 2017, it has worked on strategic projects and witnessed a 40.6% growth in revenue. And in the year between 2020 and 2021, despite the headwinds of the global pandemic, the consultancy had a 41% growth in staff numbers working in Saudi.

Liam Clarke, who has served as the managing director of APCO’s Saudi operations, will step down from his position to serve as the first operating officer of the APCO Institute. Clarke said, “as Saudi Arabia undergoes an unprecedented transformation, there is a critical need to develop highly-skilled, strategic and versatile communicators capable of carrying the Kingdom’s message to key regional and international stakeholders. Through the APCO Institute we’re providing a practical blueprint to enhance the strategic communications capabilities of high-potential executives in Saudi’s private sector, as well as those serving in crucial governmental organizations. We also hope to inspire more young people to join this vibrant profession.”

The initial modules of the APCO Institute have been structured and designed to help Saudi Arabia capture the major global economic opportunities through smart, agile and strategic communications while developing a pipeline of talent capable of delivering the Kingdom’s ambitions. The course work draws on APCO’s nearly four decades of global experience, and the considerable expertise of its 900-plus member team and the experiences of more than 100 members of APCO’s International Advisory Council.

Courses covered by the Institute, available to both students and professionals, cover the ever-evolving spectrum of the communications industry. Initial courses include the Business and Economic Foundations of Public Relations, Communication and Culture, The 21st Century Newsroom, ESG Planning and Communications, Crisis Communications, Managing Crisis in the Digital Age, Conflict Management, Media Training, Public Speaking, and many more.