Another sort of creative agency

The ‘multi-hyphenate’ Chase Jarvis tells Austyn Allison that we don’t have to stick to one career path, or even one career at a time 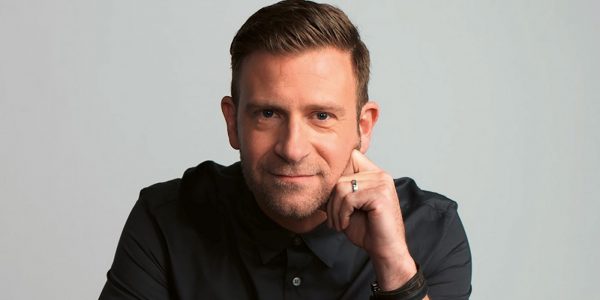 At Omnicom media agency PHD’s 2018 edition of its annual Brainscape event, speakers from creatives to agency leaders to scientists discussed the relationship between the industry’s creative Mad Men and their antithetical ‘math men’ with their focus on data.

The event’s keynote speaker, Chase Jarvis, said the common thread between all the speakers was “the pendulum swinging back towards human connection, human creativity, the things that humans are good at that are differentiated from machines”.

Jarvis, whose Wikipedia page describes him as “an American photographer, director, artist and entrepreneur”, says creativity is on the cusp of a golden age. While our parents had just one job, often for life, we will have five jobs and the next generation will have five jobs at the same time.

Jarvis starts listing his own jobs with founder and CEO of CreativeLive, which he describes as “an online learning platform focused mostly around video. It is where anyone in the world can go to learn photography, design, creativity, entrepreneurship, the ability to make a living and a life doing what you love.”

He is also a photographer (“my passion and history”), a speaker, a writer, an investor and more. “I could probably name another half a dozen [jobs]”, he says. His parents, he adds, “feel so sorry for me” because he has to do so many things. “But no, no, no, no, that’s not a have-to, it’s a get-to,” he says.

Everyone has a ‘side hustle’, says Jarvis, who speaks the immodest hippy-speak of the millennial ‘trep-bro. But he prefers to focus on accountants developing their creative side by taking out their paints, rather than struggling photographers forced to drive Ubers and flip burgers.

“There’s creators with a small ‘c’, like people who are writing their own scripts and defining their own jobs, and are photographers and designers and whatever on the side,” he says. “But there is also Creators with a capital ‘C’. They are creating a new paradigm of writing their employment future, and maybe it’s an aggregate, where I need to put two or three jobs together, that is the future.”

“The future,” says Jarvis, “is where we are all multi-hyphenate.”

Older people use CreativeLive as well as 20-somethings bored of their first career path. He says the appeal to those over 45 is partly to do with a changing jobs market, where people have to re-skill. But also because today many allow themselves to believe they can do what they want, or what they are passionate about.

Jarvis says: “It is a just a time in history when people are realising 50 is the new 30.” At 47, he is probably thinking about himself. He continues: “There is a desire and a passion to connect with things that are exciting and to which you would like to go back and learn new skills and even earn money”.

Humans are essentially creative, says Jarvis, and to prove this he says that when you ask a classroom full of children starting out at school who wants to come to the front and draw a picture, everyone will raise their hands “because they get joy from this act of creating”.

That is “beaten out of us” through the education system. “Our schools are set up like factories, and they were set up to be very efficient,” he says. “They were designed after systems from the 1900s, basically the Prussian factory, where you put certain things in one end and they go through a series of checks and balances and then you come out the other end.”

Treating education like an assembly line, and treating all people the same, creates a lack
of creativity.

That’s why Jarvis founded CreativeLive. Its on-tap lessons (which are free to stream live, but cost money to schedule to your own calendar) meshes better with his “personal intuition of what a human life is meant to be like”.

He says: “When you can create things in a small daily way – even if it’s just taking a simple photograph and saying, through intention, ‘I want to make something,’ whether it’s an application, a piece of software or a photograph, something simple – what you are realising is your own agency. It is the small daily habit of building up this muscle of personal, individual agency that actually reminds you that you are in charge of creating, or rather you are the agent of your own life arc.”

What he likes about agency is “optionality”, he says. “You realise that this idea of getting on a path and having to stick it out is a narrative that is no longer true.”

He continues: “What is more true is you pursue something until it gets hard and you realise that ‘I don’t want to do this any more’. But in doing so you put yourself on a path, say, to computer science, and when you get to computer science you are like, ‘Oh, I was writing code for the bank that I worked at,’ and then you realise, ‘Oh, I can actually write code for gaming companies. And then, ‘Oh my gosh, I can actually be an influencer and get paid to play video games.’”

Jarvis, for one, is living the dream.