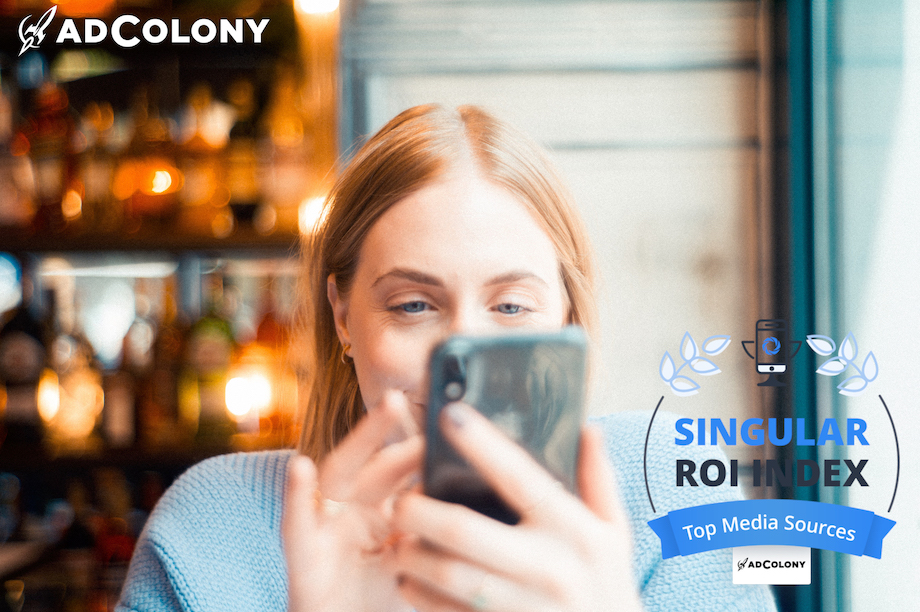 For the fourth year in a row, AdColony was named among the Top Media Sources in Singular’s ROI Index 2020. The annual report recognizes the top 15 ad networks in terms of ROI and retention. The marketing intelligence platform analyzed $6.3 billion in ad spend and 2.2 billion app installs from 550 ad networks.

The ROI Index also included key insights from their analysis of 2019’s results. Singular pointed out that while huge platforms were mentioned on the lists, smaller players like AdColony, Aarki, and IronSource appear on global lists across verticals. This proves by focusing on specific markets, niche platforms can keep up with or even out perform the giants.

Additionally, the report emphasizes the need to optimize your ad network mix. The default platforms like Facebook, Google, and most recently Apple Search Ads have 10-20X the reach of others but core competitors can access audiences that may not be reached profitably on those bigger platforms. Niche contenders are also critical to mobile marketing success because they can achieve high ROI and have growth trajectories that could take them from niche to core in the near future.

Fear of fraud is the number one issue among advertisers when it comes to in-app advertising, with 52 percent saying fraud is “a real concern,” Forrester recently found. Last year, in-app advertising experienced 25 percent fewer fraudulent attempts than mobile web advertising, according to a Protected Media study, demonstrating in-app environments are already inherently safer.

The “fake clicks” generated from bots, along with other forms of fraud such as domain spoofing and reselling of unauthorized inventory, cost the digital advertising industry an estimated $20 billion per year, but could go up to $50 billion by 2025. Recent examples include the “Drainerbot” scheme discovered by Oracle and “3ve” uncovered by White Ops. The discovery and dismantling of these incidents make it clear that the fight continues.

In addition to its TAG certification, AdColony has embraced anti-fraud and transparency certifications from other leading independent bodies like MOAT, IAS and DoubleVerify, as part of its ongoing responsibility to provide the best solutions and highest degree of transparency possible for both advertising and publishing partners.

Warrick Billingham, Regional Sales Director – MENA said, “AdColony continues to address the ongoing industry pain points like fraud, value for money and trust issues in the industry. Ranked as a Top Media Source in Singular’s ROI Index 2020 confirms our position as a trusted environment delivering the best practices where advertisers can get the best out of their media investment.”

AdColony ranked as a Top Media Source in the following categories: