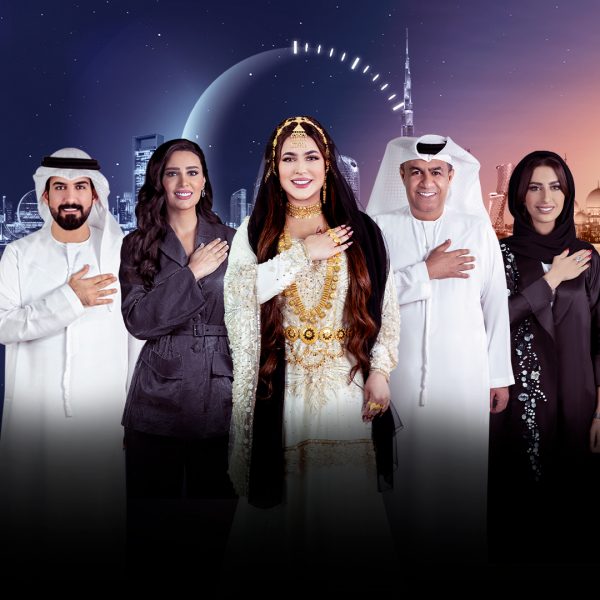 “Our brand new and exclusive Ramadan content, developed by experienced local talent in anticipation of this season, is a reflection of Abu Dhabi Media’s commitment to providing quality content to audiences across the region. We have curated special shows based on studies and research conducted, to offer enhanced viewing experiences across all platforms, in turn, consolidating our leading position in the media industry,” said acting general manager of Abu Dhabi Media Abdul Raheem Al-Bateeh Al-Nuaimi.

Must-watch shows scheduled to be aired on ADM channels include:

Exclusive Gulf thriller ‘Heen Ra’at’ (When She Saw) starring Khaled Amin, Amal Muhammad and Laila Abdullah, which captures the story of two girls who tragically lost their loved ones in a terrorist bombing.

Kuwaiti drama ‘Matar Sayf’ (Summer Rain), starring the eminent Saad Al Faraj, which tells the story of Noura, a wealthy woman who marries a middle-class man and lives happily until he passes away. Struggles begin when she bears the responsibility of raising her children all by herself.  Kuwaiti social drama ‘Nabd Muaqat’ (Temporary Pulse), starring Haya Abdul Salam, Hanadi Al Kandari and Shihab Johar, which portrays the highs and lows of family life, as well as the challenges that come with losing a mother.

In collaboration with Emirates Red Crescent, the Qalby Etmaan show comes back with season 4 on Abu Dhabi TV. During its 30 episodes, the charitable and humanitarian show will feature 30 real-life social cases about underprivileged people from across countries, whom Ghaith, the Emirati national, seeks to help.

Exclusive Emirati series ‘Banat Massoud’ (Massoud’s Daughters), which tells the story of Massoud, a car dealer whose wife passes away leaving him with four daughters. Massoud stops his daughters from getting married to protect his inheritance. The series, written by Yousef Ibrahim and directed by Omar Ibrahim, features Jamal Al Radhan, Khalid Al Mudhafar, and Shaimaa Sabt. ‘Ally Nahbuhum’ (The Ones We Love), an Emirati social comedy, takes places in an Emirati neighbourhood ‘Al Freej’. The show features Ahmed Al Jasmi, Maitha Mohammed, Jumaa Ali, and Marwan Abdullah. It is written by Marai Al Halyan and directed by Basim Shaabo. Egyptian drama ‘Alnemer’ (The Tiger), starring Muhammad Imam, Hana Al Zahid, Bayoumi Fouad, and Nermin Al Feki. The story revolves around Malak, who upon discovering that her husband has betrayed her with her old friend, speeds on the road and causes an accident, resulting in the main character losing his memory. Egyptian thriller ‘Hjimah Murtada’ (A Counter-Attack), starring Ahmad Izz, Hind Sabri, and Hisham Salim. The story begins when Rifaat Al Masri, from the Egyptian Intelligence Service, attempts to counter the colonial powers’ plans to re-divide the region and control its wealth, by forming a group of young officers and undercover agents.  ‘Alaikhtiar 2’ (The Choice 2), the second season of a real-life thriller detective series, starring Karim Abdelaziz and Ahmad Makki. The series, for the first time, tells the story of soldiers protecting the homeland from acts of vandalism and terrorism.

‘Duroob’ by Ali Al Salloum returns to Al Emarat TV with season 8, taking viewers on unique journeys to explore the cultures of different people and tribes.

Other brands and platforms

The ADtv app will exclusively stream the Syrian series ‘Ala Safeeh Sakhin’, a thrilling social drama about the difficulties of immigration and expatriation, starring Salloum Haddad, Basem Yakhour and Amal Bou Shousha. The story revolves around the Hajjar family, which did not expect to return to Damascus after trying to immigrate to Germany, but their fate changes completely when they fail to reach Europe. The series is written by Ali Wajih and Yamen Al Hajali, and directed by Saif Al Din Subaie.

Zahrat Al Khaleej magazine is launching a special supplement, featuring Ramadan editorial topics, a recipe section with contributions from famous chefs, as well as discussions on topics of public interest, such as health and psychology, among others.

The Mohtawa digital platform will present a set of special initiatives and contests via its social media accounts, in addition to other special content during Ramadan. These include a variety of informative and entertaining videos, as well as comedy sketches. The platform will also feature new episodes of Lisan Al Dhad (The Arabic Tongue), Olommedia (Media News), Matha Law (What If), Top 5, Al Mukhtabar (Laboratory), and Faqara ma Dhaif (Segment with a Guest).

The National Geographic Al Arabiya magazine will allocate special space on its digital platforms for its followers and readers under the title “Our Ramadan Customs”, offering them the opportunity to share their customs during this holy month via photographs. The magazine will publish the best photographs submitted.

Majid World is launching 15 initiatives, ranging from entertainment programs and segments across the magazine, digital applications, social networking sites as well as the Majid channel. Most notably, it is introducing a special supplement for children about Ramadan prayers translated in English and Arabic, and the “Basal and Fulful” animation, which will be the first animation produced by Majid in the Egyptian dialect. Majid World will also present educational TV sketches designed to make children love the month of Ramadan, in addition to hosting competitions, including ‘Abhath an Fudholi’ (Search for Fodooli), across several shopping malls.

Abu Dhabi Radio Network is dedicating 65 daily/weekly and live/recorded radio shows and spots in line with the theme of Ramadan, with the aim of engaging audiences across all digital platforms.

Emarat FM will broadcast 16 different programs, covering sports, music and comedy. The most prominent ones include: The “Ahla Sabah” program, with its various segments, presented by broadcasters Budoor Ahmed and Rayan Hassan; the live Ramadan competitions program “Kashkool”; the new and innovative “An Bu’d” program, which discusses the changes taking place in all aspects of life and work; and the competition program “Al Qasr”.

Star FM will feature six programs, the most prominent of which are the “Sabaho” live program, prepared and presented by Rania Younes and Hassan Al Sheikh, with special segments for Ramadan; “Salut les Emirats” in French, the entertaining “Ramadan Afternoon” program; “Fazoura ala al Tareeq”; “Light Action” program that offers valuable advice to fasting athletes, and the “Saherni Ma’ak” program.

Abu Dhabi Media (ADM) earlier this year has appointed MEDIASAT, a Choueiri Group company, to handle advertising sales for its general entertainment TV channels, radio, digital and publishing, across the MENA region and beyond.