In adland mental health trouble is no longer just a concern; it is our private global warming crisis – invisible, intangible, affects us all and will reduce us to insignificance, writes Ramsey Naja, regional executive creative director, DDB Middle East. 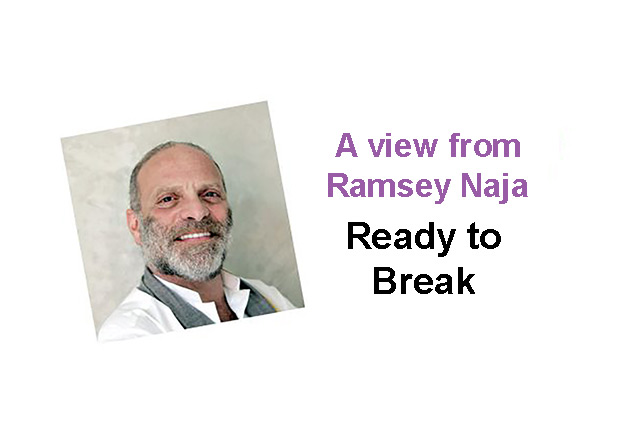 Whenever I watch tennis, I can’t help but feel it is made for these times: no proximity, no contact. It’s sport with built-in social distancing, a bit like fencing on Zoom. It also has all the ingredients to please a refined audience: grace and power, politeness and ambition, elegance and grunt, as well as a totally incomprehensible scoring system. To top it all, professional tennis has recently added a new, er, string to its racket – and to sports in general: mental health. Yup, mental health. You would have thought that being paid enormous sums of money to play a game you’re brilliant at would not be terribly taxing on stress levels, but no. Players are pulling out of tournaments, citing MH issues. The press is up in arms, and the phrase “something needs to be done” is being brandished right, left and centre. By the looks of it, tennis is no place for snowflakes.

In adland mental health trouble is no longer just a concern; it is our private global warming crisis – invisible, intangible, affects us all and will reduce us to insignificance.

And neither is advertising. If anything, most of us would look upon those ATP circuit players with the kind of dismissive disdain that trench veterans reserve for military drone operators. Because for us in adland mental health trouble is no longer just a concern; it is our private global warming crisis – invisible, intangible, affects us all and will eventually reduce us to insignificance. Everywhere you look – and employee happiness surveys can go hang – the issue is overwhelming in its magnitude, and shockingly unaddressed. Whether reflected in footnotes that bemoan the lack of “work/life balance” (a stupid, misguided and flawed measure if ever there was one), staff turnover, increased absenteeism, or a general malaise amongst agency personnel, this is a problem that is growing exponentially. Worse, it is affecting the entire industry’s ability to attract great talent, not to mention losing existing talent altogether. And, contrary to common wisdom, this is not an HR issue but a profound structural one that runs across the entire ecosystem, and no amount of free yoga classes and tree-hugging outings will undo the damage it has already caused, and which it will continue to cause unless a significant change occurs.

You don’t have to be a genius to work out the reason behind it: it’s in the client-agency contracts. More work, more hours, more pressure, less money, fewer people and an unhealthy obsession with trendy fads that relegate ideas, quality of output and persuasive intelligence to a distant second place, behind flashy technology and the ability to spy on people.

Tennis – and other sports’ – coaches and managers are now prioritising their players’ mental wellbeing over schedules and lucrative appearance opportunities, and for good reason. It’s called vested interest. Clients and agencies would do well to take a leaf from their book. If you want your players to serve (sorry) you well, you want to make sure they are in the right state of mind.