A view from Giles Fitzgerald: Brands, entertainment and the rise of convergence culture 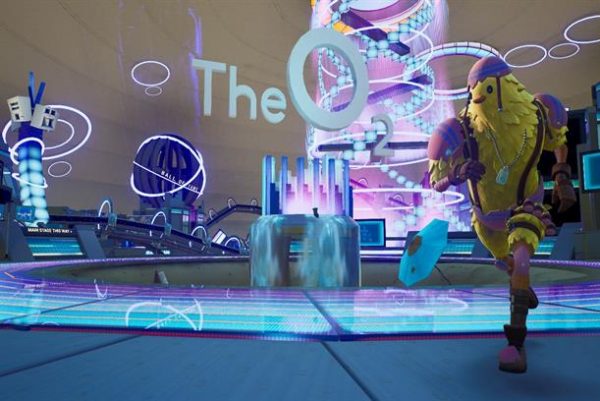 With brands from O2 to Balenciaga starting to lean into the metaverse and games companies from Roblox to Epic Games continuing to forge strategic deals with music labels, entertainment marketing may never look quite the same again.

For some brands it can be tempting to place all their KPI eggs in one entertainment basket when it comes to marketing to those under 25, often pushing sizeable budgets at specific entertainment verticals. Music. Film. Gaming. Sport. Fashion. You get the idea.

However, in truth, if you really want to forge an effective connection with this demographic in 2021, you’re going to need a little more flex in your entertainment proposition.

Entertainment culture is now a rich and diverse melting pot of “convergence”, where previously segregated concepts – music, gaming, film, fashion – now live not as separate entities, but as a coalescence of intertwining ideas and concepts. One where the predisposed boundaries are increasingly… well, fuzzy to say the very least.

To be clear this isn’t some lofty concept, in fact it’s playing out on a screen near you right now. Whether it’s Lil Nas X performing to 33 million from within Roblox, the O2 creating a virtual music venue within Fortnite, or fashion house Balenciaga opting to develop a futuristic video game and metaverse-styled short film over a typical catwalk show. And this is but the tip of the convergence iceberg with titans of the entertainment industry, from major record labels to high profile game developers, all pouring capital into the potential of a convergent future.

In short, the convergence genie is out of the bottle and there’s no putting it back in.

For some, this frenetic intermingling of popular culture may feel disconcerting. However, for anyone under the age of 22 it’s entirely natural. Frukt research has found that about 88% of Gen Z said they can’t be defined by a single passion, with 84% also stating that they actively like to combine their passions. This is a generation that increasingly expects access to the entire lifespan of creative work across music, film, and games at the touch of a button. To them, having it all in one place is not that much of a cognitive leap. Convergence is simply convenience.

But it’s also more than that. It’s about a new reframing of identity, with 87% of Gen Z saying their converged passions “help them express who they are”. For them, gaming – an entertainment fusion that now outstrips music and film revenue combined –≠ is the new third space (a concept historically focused on physical locations: skateparks, drive-ins, etc that were neither home nor school). Part social media hangout, part game, part entertainment venue, this is a place where the rudimentary laws of physics and identity don’t apply. Where they can be who they want and revel in all the things they are most passionate about.

If 1980s teens hung out in mall cinema queues, wearing T-shirts embellished with their favourite bands, today’s teens hang out in “living games” like Fortnite, chatting and watching Netflix together in Discord, with Spotify playlists on repeat, adorned in their favourite pop culture avatar.

Recent events have served only to solidify this concept of a new hybrid fan, with 86% of Gen Z saying that “their passions have diversified even more since the start of the pandemic”. With this in mind, is it time for brands to stop thinking in terms of entertainment verticals, altogether? Instead, focus on entertainment laterals. The intersections, the crossovers, the spaces and places where entertainment – in its fullest sense – really comes alive for a whole new generation.

Four big takeouts from the world of convergence culture

Reach Gen Z at the intersection of their passions

Convergence hasn’t diluted the passion of the fans. The boundaries may be blurred, but the passion is still very real. With Gen Z consuming eight of the 10 major entertainment passions, and many at the same time, there is a real opportunity here for brands to build a uniquely tailored entertainment proposition.

Gaming is reframing everything

Gaming is no longer the pastime of the sedentary, isolated teen, and it’s much more than mere button-mashing distraction. Stop thinking “game” and start thinking about vibrant communities and social hubs built around passionate fans.

The hybrid fan is all about self-expression

For Gen Z, entertainment has a symbiotic relationship with their own unique identity. For brands, the off-the-shelf entertainment proposition is less than optimal for this generation. Enabling them to curate entertainment to their own personal specifications is increasingly likely to become the new normal.

The metaverse is coming

Get ready for a whole new integrated playground of possibility as a converged future comes hurtling towards us. It may be early days still for the metaverse, but innovative options abound post-pandemic for dynamic, integrated, entertainment marketing that puts consumers centre stage in their own unique world.

Giles Fitzgerald is trends and insight editor at Frukt