MullenLowe’s new ECD, Breno Cotta, has been brought in to create award-winning work. He and managing director Matt Butterworth say the key is to focus more on strategic transformation and less on ‘fakenology’ 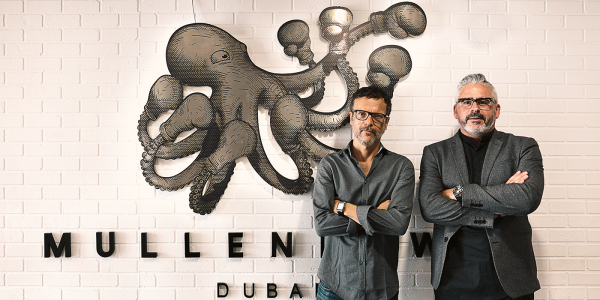 By now, the creative teams at MullenLowe should be coming to the end of a 30-day challenge set for them by the Middle East Communications Network agency’s new executive creative director, Breno Cotta (above, left). They will prepare proactive campaigns for existing clients, which Cotta will then grade on a scale from one to 10. Cotta says there are a number of reasons this is one of his first moves after joining the agency: the challenge and brief will boost creativity; it will give Cotta a chance to see where his department is strong and where he needs to improve it; and it will start to build a culture of feedback and response. It will also give CEO Mounir Harfouche material to present to the agency’s global council, which is held every three months.

Cotta, who arrived in June, has a remit to make the agency more creative, and MullenLowe has said that under his watch it hopes to bring home the region’s first Cannes Lions Grand Prix.

Cotta is the final piece in the MullenLowe jigsaw, says Matt Butterworth, the agency’s managing director. The new ECD has come to Dubai after a short stint at Scanad JWT in Kenya. A Brazilian by birth, he has worked around the world, including in Spain, Portugal and Mexico, and has already won Lions on two continents.

He says the Middle East is the place to win more. “The region is bursting,” he says. “It is in an internal combustion phase and if you don’t take advantage of that right now you’re missing out on something very big. If you’re not one of the first ones to bring that out, you will let someone else do that. I’m sure we want to be in front of those people.”

Butterworth says the legacy of campaigns is what separates the great from the good. He illustrates this with the example of TBWA’s Gold-Lion “She Drives” campaign for Nissan, which showed women, anxious about society’s reaction to their learning to drive, discovering their instructor will be their father, husband or brother. Butterworth describes the campaign as “really powerful”.

“But for me that’s only the start,” he says. “What is the legacy that they are going to leave behind? How does that happen within their business? Are Nissan now going to make sure they are working towards – in 10 years’ time – 50 per cent of their workforce being women? How is that going to be embedded in? That’s the really interesting bit for me, because that’s the bit that starts to change.”

In the region, both Abu Dhabi and Saudi Arabia are working towards goals in health, reform and other areas, to be achieved by 2030. “That’s actually started to change the way we think,” says Butterworth. “We are working with clients that are exactly like that and are in that mode at the moment. (We are very lucky; I don’t know if all clients are like this.) Because they have this vision now of where they want to go and where they want to take it, it does not make it easier but it gives us more of a chance.”

MullenLowe has been working with its clients to help them transform strategically, rather than just answering creative briefs.

This means MullenLowe has transformed itself strategically as well. Butterworth has led the agency for two years, during which time he has restructured it, hired new people and developed a stable client base that means it can turn its focus from chasing new business to servicing incumbents.

Now the component parts are in place for the agency to start entering awards shows with purpose.

“We can’t arrogantly say we are going to get something, because it depends on the briefs, it depends on the nature of creative, it depends on the judging panel at that particular time,” says Butterworth. “But let’s just say if you want to create a perfect dish we have a cracking chef, we have fantastic ingredients and we have an amazing restaurant to serve the food in.”

Cotta is adamant he won’t start creating work only to win awards. And certainly not using faux innovation, which he calls “fakenology”. “Legacy is an arch enemy of fakenology,” he says. “Fakenology is something that fades away in a month. It’s worth it for an awards show, period. What legacy does that give you? That’s the kind of thing we are trying to fight against. We don’t want to do some pretty work to show that Saudi Arabia or the Emirates are now more open to women driving; we want to see how that really leaks into society and gives us a real blueprint of how this is going to be in 10 years’ time.”

So look out for MullenLowe in next year’s awards shows. And look for their work’s legacy in years to come. 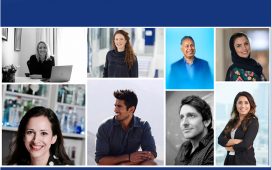