24-hour news channels are fuelling the decline of humanity

Many years ago, the notion of advertising and news being connected in any way would have been seen as an affront to journalistic traditions. Advertising was, at best, a vaguely irritating commercial interruption in the midst of an anticipated event – namely, the evening news bulletin, the Top Of the Pops radio rundown or the columns of a daily broadsheet. News, for its part, was the broadsword of justice and freedom of speech that could bring down US presidents and enlist legions of do-gooders to defend its sacrosanct mission. That is, of course, unless you lived in the kind of country run by someone called Kim.

From a news perspective, in other words, capitalist advertising was largely a place where truth and lies sat together and had a jolly good lunch, and which never really troubled the front page editors, except in terms of the space left for them to squeeze a scoop between wash powder and toothpaste ads.

And then came 24-hour news.

Allow me to give you my humble opinion about that televised abomination: I believe these wall-to-wall breathless commentaries are a pornographic combination of gossip, fear-mongering, voyeurism and desperate calls for attention that are gradually eroding not only the sanctity of journalistic pursuit but the notion of truth itself and, consequently, fuelling the decline of humanity as a whole. Yup, nothing less.

24-hour news is a degradation of the word ‘news’ in itself. You see, the pressure to fill those hours and the pace attached to it is such that the quality of their content is hopelessly compromised. Tabloid superficiality takes over, the lowest common denominator is regularly summoned and, as a result, the media becomes a populist vigilante with as much credibility as a presidential candidate’s moral compass – and, consequently, the target of accusations of manipulation.

And advertising in the midst of this? Simple, really. 24-hour news broadcasters, in their desperate search for ‘newsworthy’ stuff, are not just bending over backwards to accommodate advertisers’ wishes, they have also become easy conduits for commercially-minded stories and, more worryingly, easy sources for the kind of footage that our award-hopeful case studies thrive upon. 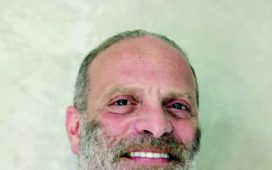